Amazingly Phil Mickelson hasn’t won a tournament in the 2014-15 season – as a matter of fact he didn’t win in the US the season before that either.

Yet the popular American will still be one of the cornerstones of the United States team for next month’s Presidents Cup. 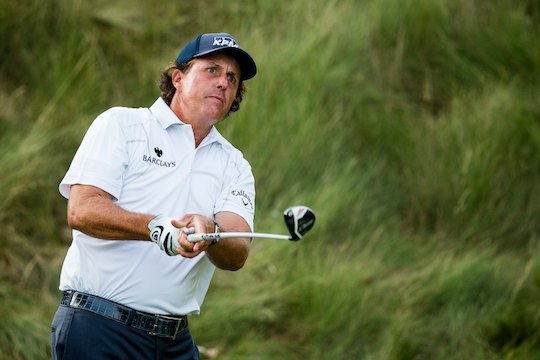 That’s because US captain Jay Haas had little hesitation in declaring the five-time major winner a ‘captain’s choice’ for the Cup, meaning he would head for South Korea and the chance to take on a powerful International team alongside his own team of superstars.

It also enables Mickelson, at 45, to continue his streak as the only player to compete in every edition of the Presidents Cup since it began in 1994.

In that time Mickelson’s record reads 20 wins, 16 losses and 11 halves and by all reports, US team members insisted that ‘Fabulous Phil’ had to be there again this year – even if he didn’t have enough points to guarantee selection.

“If anyone deserves a pick, it’s Phil Mickelson,” Haas said.

“He is without question the leader of our team in the team room, on the golf course. I think the guys trust him 100 per cent.”

“The guys on the team were adamant that Phil was the guy [they wanted], and I think between the captains and team members, Phil was an overwhelming choice to be a pick.”

And that was the first time he had failed to automatically qualify for a golf team event since 1994.

But you could never accuse him of not wanting to be there.

“I’ve come to realise over the course of my career how much I love and appreciate the team events that we have,” Mickelson said.

“They’re the most special weeks of the year…getting to spend time with the guys, formulating friendships that have lasted a lifetime, make these weeks so enjoyable and so much fun to be a part of it.”

This season has been a battle for Mickelson, who hasn’t won since the 2013 Open Championship.

He did finish runner-up at the Masters, that is one of only three top-10 finishes for ‘Lefty’ this season.

Bae was born in South Korea, which will host this year’s Presidents Cup, the first to be held in Asia, on October 8-11 at the Jack Nicklaus Golf Club.