Mickelson praises US Open setup after horror round

It was just a year ago when Phil Mickelson infamously ran after his ball on the green and putted it while it was moving but now the newly-turned 49-year-old is praising the USGA for their course set up at the Pebble Beach.

Following his wayward 75 in the third round, which included a triple-bogey 8 on the closing hole, Mickelson had nothing but praise for the establishment. 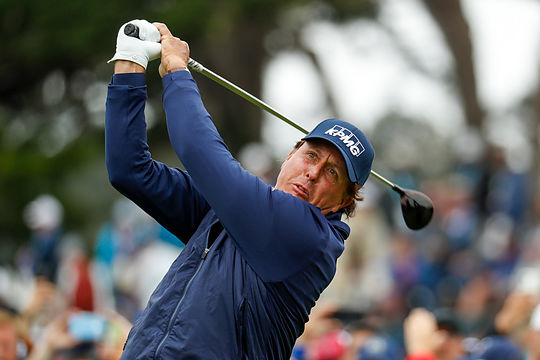 “I tell you…I’m really happy that I had this chance, this opportunity this week. I’ve got to hand it to the USGA for doing a great setup. It’s the best I’ve ever seen. And it’s identifying the best players. It’s making the players the story,” he said.

“I think the biggest thing was pin placements, instead of putting them right on the edges they were in good spots, rewarding great shots.”

“I can’t say enough great things about how this week has gone so far. And I’m appreciative to the effort they’ve put in and for the opportunity that I had this week.”

“I had many opportunities. Didn’t putt well. Didn’t get them to go in. I left them short the whole time. And then I finished poorly.”

“But for the most part I really enjoyed this week. I’ve had a lot of fun testing my game, testing myself mentally, my physical game. And it’s been a fun challenge.”

Mickelson, who has finished runner-up six times at the US Open, finished a distant 52nd place at 4-over.