Granted he’s always been good for a quote…and he is never one to sidestep a bit of controversy either.

Yet you had to admire Phil Mickelson for his honesty after losing the Ryder Cup at Le Golf National outside of Paris a couple of weeks back. 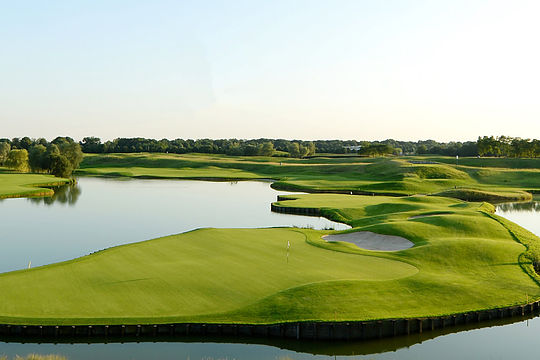 Pressed on how he was suddenly playing so well when he hit his straps the following week at the Safeway Open and Phil didn’t mince his words.

He described Le Golf National as almost unplayable when you missed the narrow fairways.

Yet he took it so much further than that when he suggested he wouldn’t be playing courses like that in the future which so hindered his game.

Fabulous Phil actually admitted playing a course like this marvellous, yet testing layout near Versailles was a complete waste of his time.

“I’m going to play courses that are playable, where I can play aggressive, attacking, make lots of birdies,” said Mickelson.

“The fact is they had brutal rough, almost unplayable and that’s not the way I play.”

“I don’t play like that. I’m 48, I’m not going to play tournaments with rough like that anymore. It’s a waste of my time.”

When the commentary at the Safeway returned to the booth, former touring professional Curt Byrum, who was on the team, gently chided Mickelson for what he felt was a slight exaggeration.

“A couple of the fairways might have been a bit narrow, but they really weren’t quite as Phil made out,” said Byrum.

“He might be sorry he said that…but that’s Phil.”

“He certainly wears his heart on his sleeve – and you have to admire him for that.”

Mickelson, a five-time major winner now into his late 40s has probably played his last Ryder Cup anyway, after being a captain’s choice this year.

While that was his 12th straight Ryder Cup, ‘Lefty’ lost his Friday afternoon foursomes match with Bryson DeChambeau and then sat out until the Sunday singles, where he lost to Francesco Molinari to hand Europe the trophy.