The continuing Mickelson-Ruffels wager affair has attracted much of the headlines on the eve of this week’s Farmers Insurance Open at Torrey Pines in California where 17-year old Ruffels made his pro debut in the PGA Tour event overnight. 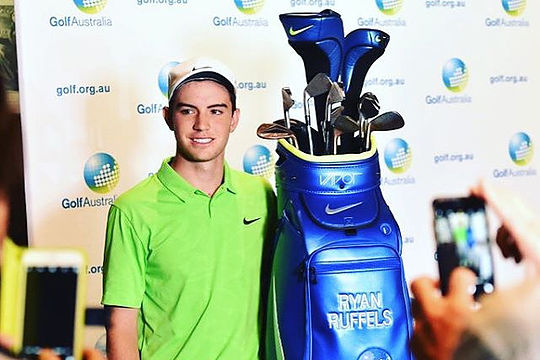 What is clearly apparent is that the 17-year old Ruffels, son of tennis great Ray Ruffels, is living up to his namesake in apparently ruffling the feathers of Mickelson.

On Dec. 21, Mickelson and Ruffels played a practice round at Torrey Pines alongside Arizona State coach Tim Mickelson.

According to an article appearing in the Sydney Morning Herald, Mickelson and Ruffels had a $2,500 bet, with Mickelson giving the young Australian 2-to-1 odds to beat him. Ruffels told the newspaper that he birdied six of the last seven holes to win and “took his money.”

After the story was published, questions arose about whether the practice round was a recruiting pitch by the Mickelsons. Ruffels’ management team at Wasserman Media Group fired back, saying that he had decided months ago to turn professional and that the ‘friendly wager’ and the ‘birdie barrages’ reporting is a bit overdone and becoming a media fish story.”

Later, Ruffels went on social media and tried to downplay the incident, writing in the comments section of Golf Channel’s Instagram post that the report contained “damaging inaccuracies” and that the wager amount had been “exaggerated out of proportion.”

On Wednesday, Mickelson was asked about Ruffels making his pro debut at the Farmers Insurance Open.

“He’s young,” Mickelson said, “and he’s got some things to learn.”

“One of them is you don’t discuss certain things. You don’t discuss specifics of what you play for. And you certainly don’t embellish and create a false amount just for your own benefit.”

“So those things right there are – that’s high school stuff, and he’s going to have to stop doing that now that he’s out on the PGA Tour.”