Mickelson to miss Masters for first time since 1994

51-year-old Phil Mickelson will miss the 2022 Masters for the first time since 1994 according to a report by Sports Illustrated’s Bob Harig.

Harig first noticed Mickelson’s name had been moved to the “past champions who are not competing” section on the Masters website joining the likes of Nick Faldo, Trevor Immelman, Tom Watson and of course Jack Nicklaus and Gary Player, who now serve only as Honorary Starters. 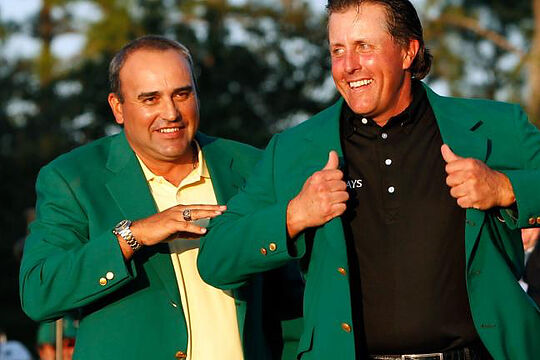 Mickelson got into hot water in February when comments he considered off-the-record were made public by golf writer Alan Shipnuck, who is penning a biography about the six-time major champion.

“We know they killed Khashoggi and have a horrible record on human rights. They execute people over there for being gay. Knowing all of this, why would I even consider it? Because this is a once-in-a-lifetime opportunity to reshape how the PGA Tour operates,” commented Mickelson.

“They’ve been able to get by with manipulative, coercive, strong-arm tactics because we, the players, had no recourse. And the Saudi money has finally given us that leverage. I’m not sure I even want [Premier Golf League] to succeed, but just the idea of it is allowing us to get things done with the Tour.”

Mickelson’s words had immediate consequences with long-time sponsors such as KPMG dropping him from their rosters and widespread condemnation from all corners of the golfing world.

Mickelson later apologised for his ‘reckless’ remarks but the damage was done.

“I have made a lot of mistakes in my life and many have been shared with the public. My intent was never to hurt anyone and I’m so sorry to the people I have negatively impacted. This has always been about supporting the players and the game and I appreciate all the people who have given me the benefit of the doubt,” said in a statement.

“The past 10 years I have felt the pressure and stress slowly affecting me at a deeper level. I know I have not been my best and desperately need some time away to prioritise the ones I love most and work on being the man I want to be.”

There has been speculation that Mickelson was actually suspended by the PGA Tour but given they are less than transparent about these matters that is impossible to clarify.

Either way there is no chance the The Masters Committee would have allowed Mickelson’s appearance to take away the spotlight from the Masters tournament. You can bet he was politely informed that it would be best for all concerned that he skip this year’s event. And perhaps he won’t ever be allowed back.

Things will get a little more difficult in mid-May when Mickelson is due to defend his incredible 2021 PGA Championship win.