Mickelson capped his last day holing his second shot for eagle at the ninth and then recording four other birdies in an impressive bogey-free display. 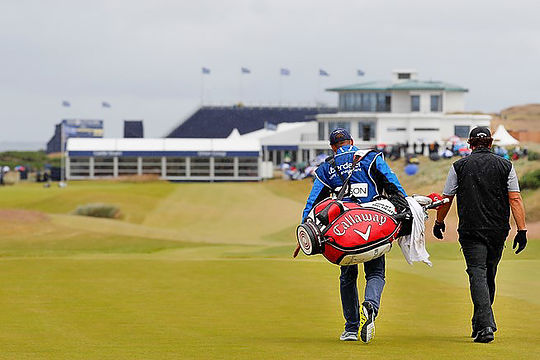 The American captured the Scottish Open three years ago and a week later won a first Open Championship at Muirfield.

Mickelson now heads to south-east Scotland and the Royal Troon course for his 23rd appearance in golf’s oldest Major, buoyed by his efforts.

“I love the golf course here, and to come in with a good final round feels good,” he said. “It feels like I’ve got a little bit of momentum heading into next week.”

“My game certainly feels better after today’s round where I had a good score. But it also helped me identify some areas where I need to work on for next week, this week did.”

“My lag putting really cost me two, three shots a round the first few rounds because I wasn’t getting it close enough from long distances on the ground. That’s an area that I’ll have to work on because it needs to be sharp for next week.”

“You’re going to be putting from off the green and from long distances on the greens, and you’ve got to get those close to make easy pars, I really made it difficult for me this week and that’s why I didn’t have a chance heading into the final round today, but it was still a great week.”

And with the weather forecast for similar windy and wet conditions this week at Royal Troon, Mickelson reckons he’s found a way to combat the weather.

It was a ‘trick’ he picked-up in the 2011 Open Championship in finishing tied second with fellow American Dustin Johnson behind Northern Ireland’s Darren Clarke.

“I’ve learned a few tricks over the years that have really helped, playing with those two All-Weather Gloves has been very helpful for me because I don’t worry about losing control of the club,” he said.

“So that’s really been a big thing that’s helped me perform in these conditions. Also, keeping the ball — I’m able to get the ball out of the air and on the ground a lot easier and I’m driving the ball a lot straighter. I really drove the ball quite a bit straighter this week.”

“I started wearing two gloves it the year that Darren Clarke won and I made that run on Sunday.”

UK bookmakers have Mickelson at 35/1 to win a second Open Championship while World No. 1 ranked Jason Day is clear favourite at 8/1 to win a first Open, and after falling one shot shy of making the play-off a year ago at St. Andrews.