Beginning the final round two shots behind leader, New Zealander Daniel Pearce, Millar fired a round of 4-under 67 for a tournament total 11-under 273 and to become the first winner of the 2018 ISPS HANDA PGA Tour of Australasia season. 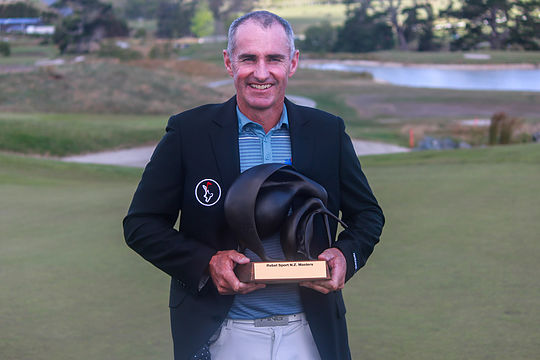 “I went out there today just trying to mind my own business, just trying to play my shots and knuckle down on every single one of them, I didn’t want to see any leader boards,” said Millar.

“I’m thrilled with the win and just really happy not to have dropped any shots out there today.”

Playing in gusty winds, Millar showed his experience and patience around the Wainui layout to remain bogey free and take out the tournament in fine style.

“I felt really good, there were just a couple coming in at the end, I hit a clunky wedge shot at the last,” added Millar.

“I had the ball under control and thank god I did because it was quite tricky today. I set myself a goal if I could get to 11 or 12-under today I’d be pretty hard to beat.”

The win is a just reward for Millar who is one of the most consistent Professionals on the ISPS HANDA PGA Tour of Australasia, he recorded five top-10 finishes on the Tour last year including a seventh at the ISPS HANDA World Super 6 Perth.

“I’ve run second plenty of times and in a way that’s been a help because it focused me today to worry about what I’m doing. That was a real positive for me this week,” Millar added.

The win marks Millar’s second in New Zealand following his victory at the 2015 NZ PGA Championship.

Enjoying playing across the Tasman he has his eyes on completing the trifecta of events with a win at the ISPS HANDA New Zealand Open.

“We should move an Australian Open over here I might get a win then,” laughed Millar.

“I love coming to New Zealand, the people are great and I’ve never not enjoyed a trip here or played badly.”

As an added bonus, Millar and his amateur partner Peter McCormack also won the pro-am tournament which was played in conjunction with rounds three and four.

Runner-up David Smail of New Zealand set the course alight in the fourth round with a blistering 7-under 64, to set a new course record at Wainui.

“I played a bit rough yesterday and couldn’t get going, I thought I was in for another bad week when I got here today,” said Smail.

“I started off with four birdies in a row and holed some long putts; it just felt like it was my day.”

Luke Toomey was another New Zealander who has a reason to smile; he hit a 6-iron in to the 160m par-3 11th for a hole-in-one.For his efforts he receives return flights to Europe thanks to tournament sponsor Cathay Pacific.

For his win, Millar receives AUD$15,000 and leads the 2018 ISPS HANDA PGA Tour of Australasia Order of Merit.