The Australian PGA and Australian WPGA Championships mark the start of the golfing summer tomorrow at Royal Queensland Golf Club in Brisbane.

The tournament returns to the famed riverside layout for the first time since 2001 with the winner of both tournaments to receive A$180,000 in prize money. 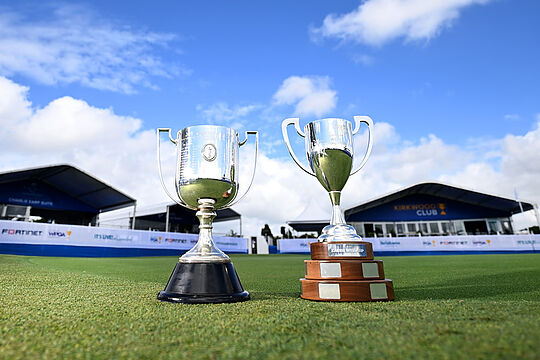 In an interesting twist, all professional women players will receive prizemoney as there will be no cut. The field size will see 120 men and 24 women competing with the men’s field cut to top-60 and ties following the second round.

Heading the event is Min Woo Lee, who has won two European Tour events since the PGA Championship was last played in 2019 at the Royal Pines Resort on the Gold Coast. Adam Scott won that year by two strokes over New Zealand’s Mike Hendry with Lee sharing third place and three shots off the pace.

“It’s a very quirky course. I played nine holes today, nine holes yesterday and some of the greens are really tricky,” said Lee about his practice rounds at Royal Queensland this week.

“It’s not like a course where you can just hit average shots and get away with it, you’ve actually got to hit good shots. I’m looking forward to the test.”

The Western Australian recently received a letter with golf’s most coveted return address – Augusta National Golf Club – inviting him to play The Masters for the first time in 2022.

“It’s just something you dream of as a kid and you try to get to the Masters. I don’t think it will sink in until I get there. It’s just going to be a different field, so I’m looking forward to it. It’s going to be pretty special.”

Lee will be a major drawcard at Royal Queensland along with a number of tour regulars with Brad Kennedy, Brett Rumford, former winners Peter Lonard and Geoff Ogilvy, and young guns David Micheluzzi, John Lyras, Nathan Barbieri and Dylan Perry, to name a few.

Sydney’s Stephanie Kyriacou and Queensland’s Karis Davidson will join the field of 24 to contest the Karrie Webb Cup, with both having secured LPGA Tour cards recently. Other notables include Grace Kim, Julienne Soo, Sarah Kemp, and Sue Oh.

A recent agreement between the Foxtel Group and the PGA Tour of Australasia will see the 2021/22 golf season live and exclusive on Foxtel and Kayo with all events available live and free on Kayo Freebies as part of the Kayo app.