The Keperra Bowl kicks off today at the Keperra Country Club south west of Brisbane and has attracted a stellar amateur field including reigning US Junior champion Min Woo Lee.

In August, Lee took out the 36-hole US Junior final against Texan Noah Goodwin by a margin of 2&1 and with the victory created history as not only the first Australian to claim the title but the first brother and sister in history to win matching championships after his sister LPGA star and Australian Olympian Minjee, captured the US Girls Junior title in 2012. 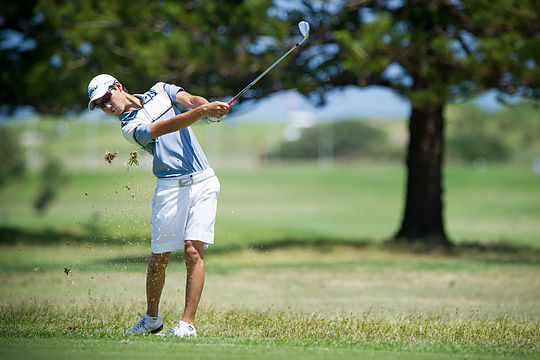 A number of other marquee amateur players such as Queensland Amateur winner, Dylan Perry, Zach Murray, Charlie Dann and Austin Bautista will also challenge for the Keperra Bowl title with Bautista fresh off a win a fortnight ago at the City of Sydney International.

The 72 hole event will see the field being reduced to the leading 70 players plus any ties following Wednesday’s second round with the remaining 36 holes over Thursday and Friday.

The Keperra Bowl is rich in history with previous winners including Marc Leishman (2005), Andrew Tampion (2006), Andrew Dodt (2007) and Matt Griffin (2008), all who have gone out to secure tour cards on the world golfing stage, with Marc Leishman named USPGA Tour Rookie of the year in 2009.

Last year Anthony Quayle secured victory by a two-shot margin over Austin Bautista and Kiran Day firing rounds of 66-72-71-68 to finish at 11-under-par. Quayle recently finished in the top-25 at the Web.com Qualifying to advance to the next stage of Tour Q School before heading to the Asia-Pacific Amateur in Korea.