Min Woo Lee has announced that he is returning home to Australia to play the Fortinet Australian PGA Championship this November.

The two-time DP World Tour champion finished in a share of 4th place behind runaway winner, Jed Morgan, earlier this year when the COVID-delayed tournament made its long-awaited return to Brisbane’s Royal Queensland Golf Club and the future home of the 2032 Olympics. 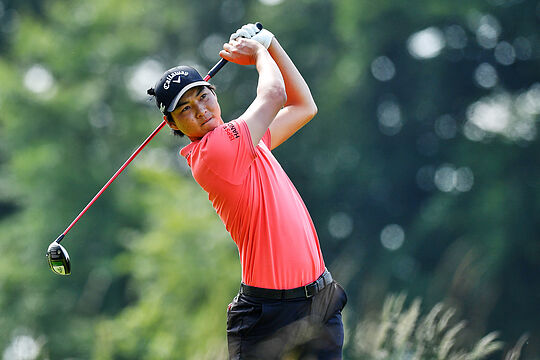 “I can’t wait to tee it up in the PGA,” said Lee. “It was so good to have big tournament golf back in Australia earlier this year with the crowds and the atmosphere out at Royal Queensland in January, and I tend to feed off that.”

“It’s an event I’d love to win, being one of the marquee tournaments on the Australasian Tour and one that I’ve followed for a long, long time.”

Lee has struggled this season, making the cut in just seven of his fifteen starts. However his form in the majors has been impressive highlighted by a tie for 14th on debut at the Masters in April along with a share of 21st place at the recent Open Championship.

The 24-year-old joins Victoria’s Lucas Herbert as early commitments for the Australian PGA Championship with more announcements set to be made over the coming months.