In-form Minjee Lee has finally made good on several close calls this year closing with a 2-under 70 to defeat Lexi Thompson by two shots at the Cognizant Founders Cup.

It was the third tournament this year where she has shot a round of 63 but this time she was able to steady the ship despite a cold putter to secure her seventh LPGA win since joining the Tour in 2015.

“I just feel like I’ve kind of been trending. I’ve been hitting it really, really well this whole season, and I just felt like it was kind of around the corner. I kept knocking on the door, and here I am now. I finished with a win this week,” said Lee. 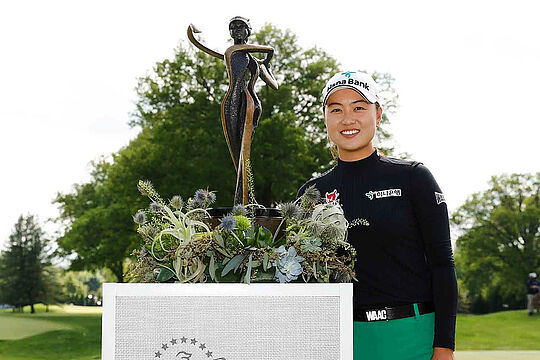 The 25-year-old has now won at least once every season since joining the LPGA Tour except for 2017 where she finished third on three occasions.

Angel Yin and Madelene Sagstrom closed in a tie for third place on 16-under while Spain’s Carlota Ciganda rescued her week following a superb final round 8-under 64 to secure outright 5th.

Sarah Kemp was next best for the Aussies in a distant 63rd place.