While Australia’s Minjee Lee narrowly missed out on her second major title of the year at the AIG Women’s Open, the 26-year-old still walks away a winner after being named the major player of the year.

Following the final major of the season, the 26-year-old was presented with the Rolex ANNIKA Major Award, which is given to the player who has the most outstanding record in all five LPGA major championships each year. 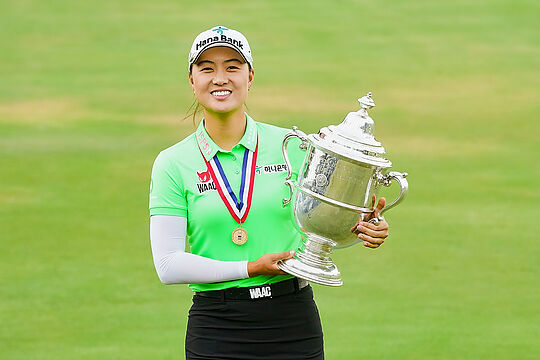 And it’s hard to argue with the figures. Lee shot a combined 34-under across all five LPGA majors, which was eight shots better than In Gee Chun on 26-under. Chun lost in a playoff with Ashleigh Buhai on Sunday at Muirfield.

“I’ve had some really great finishes at the majors,” said Lee following her final round at Murifield on Sunday. “I won the US Open and I did really well at the KPMG, and I think I’m going to finish pretty well here, too. I feel like I’m trending in the right direction, and pretty excited for the rest of the season.”

Lee has a total of six top-10 finishes to her name so far this season and leads the Official Money List with US$3,736,526. The Western Australian also sits atop the Rolex Player of the Year race with 13 tournaments still to be played.