Minjee Lee narrowly missed securing victory for the second week in a row losing in a play-off on the Korean Ladies Tour at the Hana Financial Group Championship in Pocheon, Gyeongg on Sunday.

Three extra holes at Pocheon Adonis Country Club were required for rookie Song Ga-eun, who carded four birdies and one bogey in the final round, including a birdie on the last hole in regulation, to force the playoff. 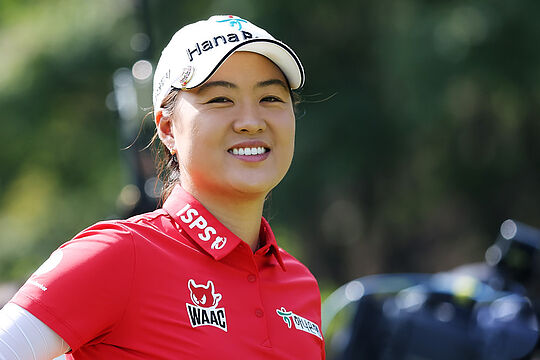 “I still can’t believe it. I am happy to have won my first win of the rookie season. I want to work even harder for the rest of the season to win the Rookie of the Year.”

Ga-eun received ₩270 million (AUD$310,000) as the winning prize, which surpassed the total prizemoney she had earned to date.

Lee had entered the event as the highest ranked player and was unlucky on the third playoff hole after Ga-eun rifled her approach shot to tap-in distance to make birdie to Lee’s par. It was the second week in a row Lee has lost in a playoff.

The playoff loss in a tournament backed by one of her personal sponsors came a week after she tied for second at the LPGA Tour’s Walmart Championship.

Kim Ji-young and Kim Su-ji tied for third with a 14-under, while New Zealand’s Lydia Ko and South Korea’s Yoo Hae-ran, and Jang Su-yeon tied for fifth place with a 13-under.