Kiwi veteran Michael Long has conjured a minor miracle on the first playoff hole against the ACT’s Matthew Millar to take out the Oates Victorian Open at 13th Beach.

With all the momentum seemingly in Millar’s favour after birdies on the final three holes to force the playoff, Long pull-hooked his three-wood second into thick reeds inside a hazard in what appeared to be a nail in the coffin for his chances of victory.

After finding the ball, Long was faced with a 40-metre ’Hail Mary’ pitch shot in a bid to stay alive as Millar watched on, safely on the green in three.

Long then stepped up and pulled off one of the best and most time critical shots of his professional career, the ball coming to rest inside 2 metres of the hole.

“Once I got there it was a case of `right, I’ve got to somehow at least make five and keep the playoff going’,” Long said, “It was sitting up high so it was a little baseball shot and I said to my caddy ‘here we go, it’s a wing and a prayer’ and it came out perfect.”

“What can you say? I don’t want to say it was a pure fluke because I had some idea what I was going to do. But I could not do that again in probably 100 attempts.” 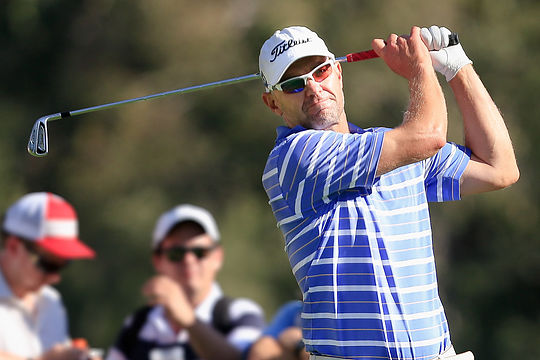 Millar left his birdie attempt from 6 metres short, leaving the stage for Long to nail home his birdie putt to become the third New Zealander to take the title.

“I hit some good shots, I hit a lot of great recovery shots,” Long said, “But when you’ve seen it all before there’s a lot of ways you can win a tournament.”

39-year-old Millar continued the consistent form he displayed throughout the 2015 season and looked set to add this title to the NZ PGA Championship he won last year – until Long’s playoff theatrics.

“You don’t assume anything in golf because you can always hole it from anywhere,” said Millar. “But to be honest walking on the green I thought ‘we’re a red hot chance to at least go one more hole here’ because I certainly wouldn’t have backed him to get it up and down.”

Long and Millar both shot closing rounds of three-under 69 to finish regulation at 13-under 275. Australians Aron Price (70) and Scott Strange (70) tied for third at 277.