He may be struggling with the food, but the golf courses fit rookie professional Charlie Dann’s tastes perfectly.

The young Queenslander has only been professional for a few months but is already beginning to make his mark on the PGA Tour Series China. 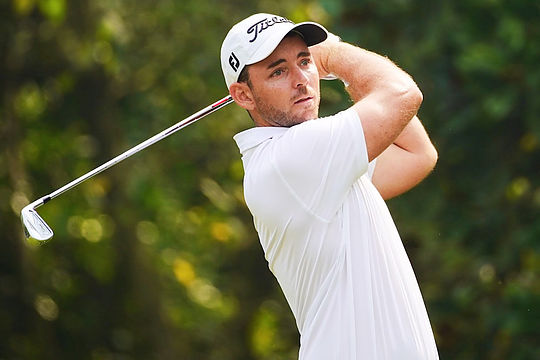 Dann went through Monday qualifying last week, finishing second to earn him a start in the Chongqing Championship at Chongqing Poly Golf Club in Chongqing, China.

He was able to continue his hot form into the event with a four-under-par 69 in the first round before going on to shoot 73-69 and a final-round 67 to seal the first top-10 result of his fledgling professional career.

He stormed home with five birdies in his final eight holes to sew up a top-10 finish.

Coached by Grant Field, Dann only decided to attend qualifying in China after the urging of some close friends as well as PGA Tour Series China tournament winners Daniel Nisbet and James Marchesani.

“It’s a little cheaper to come to from Australia, and Canada was going to be quite expensive,” said Dann, who had originally considered playing the Mackenzie Tour in Canada in his rookie season.

“I think this country suits my game. It’s a good starting-out year.”

“This year I’m just ready for a roller-coaster ride. I like the people here, they’re nice.”

“I struggle with the food a little, which I’m adapting to, but I think that’s normal for a first-timer.”

“My goal is to get my (money) ranking up in these first three (tournaments) so I can try to get in the rest of the tournaments this year.”

The opening event in China was good for a number of Aussies with Chris Wood finishing level with Dann in a tie for seventh at 14-under par and Bryden Macpherson a further shot back in a tie for 13th.

The tournament won by Japan’s Taihei Sato in a playoff.