Pre-qualifying kicks off this Friday at the Royal Melbourne Golf Club for Australia’s number one national ranked amateur golf tournament – The Australian Master of the Amateurs.

The event proper will be played in January 2014 and to gain access you either have to be in the top-50 amateur golfers in the world, the top-2 players in your country, or have won a golf event that has exemption into the championship, such as the British Amateur, US Amateur or Players Amateur. 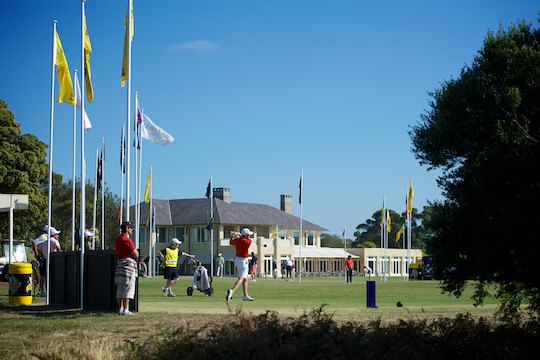 The other options are to pre-qualify or be invited.

The qualifying round is a one-day tournament on the prestigious West Course at The Royal Melbourne Golf Club with the top-3 scores of the day gaining entry into the championship.

Last year there were 50 WAGR Ranked players out of the field of 54 elite amateur golfers competing.

The event started as the vision of Peter Mann more than a decade ago and is now arguably the best amateur championship in the southern hemisphere.

The Australian Master of the Amateurs is the only category A event in Australia, and is ranked by the R&A as the highest ranked Amateur Championship in Australia.

It has already proved to be a significant stepping stone in the golfing careers of Australians Jason Day and Brendan Jones and the US PGA Tour’s young gun, Rickie Fowler.

The event has progressed to the point of having the majestic Royal Melbourne as its base and each year the field list becomes even more impressive. There is no other amateur event in Australia that has as much “pull” in bringing top US, Asian and UK amateur players to our shores.

The 2014 championship should be no exception with the level of international talent unparalleled in any other amateur event in this country.

Company Directors Angela and Peter Mann believe, “The vision of the Australian Master of the Amateurs is to ensure the world’s best amateur golfers have the opportunity to ‘live the dream’.”

“This is an event players want to win.”

“Having the championship being played over The Royal Melbourne Golf Club makes the tournament even more attractive and we have formed a wonderful alliance with the Club’s members to put on a truly great event.”

Viraat Badhwar from Indooroopilly Golf Club (QLD)was the 2013 Green Jacket Champion with a final round score of 70 score, and a 72-hole score of 9-under par.

This year’s field for the qualifying will be capped at 54 and sees players from the USA, UK, as well as Australian, competing for the three places in the championship.