Rhein Gibson secured a top-five finish on the Web.Com Tour on the back of weekend rounds of 65-66 at the Rex Hospital Open in North Carolina and in the process hopes to reignite his chances of securing an all-important top-25 season finish.

Denmark’s Sebastian Cappelen began the final round four off the lead yet produced a wonderful display of precision golf with seven birdies and an eagle to post a 7-under 64, good for the tournament record of 21-under and a three-stroke victory. 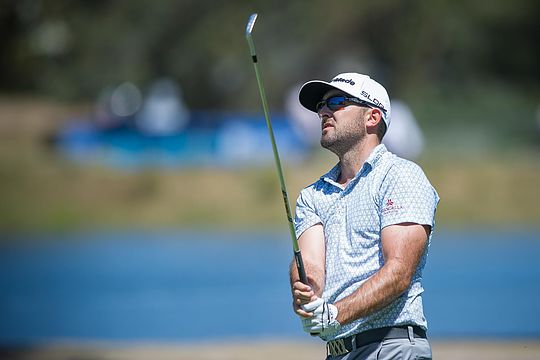 Cappelen’s victory, his second on the Web.com Tour, comes 108 starts after winning in his first Web.com Tour start at the 2014 Wichita Open Supporting Wichita’s Youth.

American Zack Sucher, followed a 9-under 62 in round three with a 4-under 67 Sunday to claim a share of second place, supplanting his previous-best of the season, a T4 at the Dormie Network Classic at Briggs Ranch.

Gibson moved from 47th to 32nd on the standings on the back of three top-10 finishes. He played the PGA Tour during 2016 and ultimately has the goal of returning to the premier tour next season.

In May 2012, Gibson shot a 16-under-par 55 at River Oaks GC in Edmond, Oklahoma, a round later recognised by the Guinness Book of World as the lowest of all time.

Cameron Percy was the next best placed Australian moving twelve places with a closing 67 to share 17th position. It was his fourth consecutive top-25 finish in his eighth appearance at the event. Percy’s last 16 Web.com Tour rounds have all been under par or better.

Jamie Arnold and Brett Drewitt were the remaining Aussies to make the cut, finishing in a share of 60th and 63rd position respectively.

Brett Coletta missed the cut for the second consecutive time this season.