Muirfield Golf Club members won’t be pushed around…and it has cost them the chance to host any British Opens in the near future.

The club held a ballot among members, voting to at last allow women members of the male-only club, the Honourable Company of Edinburgh Golfers. 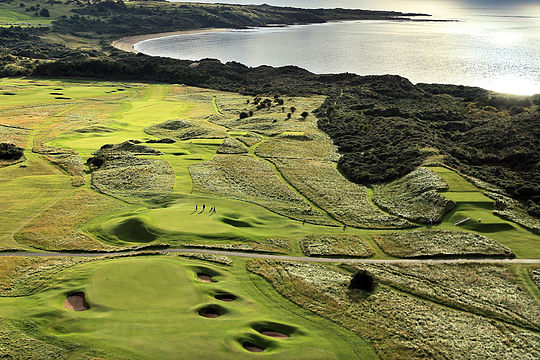 They required a two-thirds majority to make the change and surprisingly failed narrowly to achieve that, meaning the club would continue its policy of ‘men-only’ membership.

It obviously riled the Royal and Ancient when they heard because Muirfield was immediately omitted from The Open Open Championship rota and warned they would not be allowed to host another Open until the privately-owned club changed their 272-year-old policy.

The club’s decision to keep women out of the membership brought howls of protest from golf professionals on every tour with Scottish veteran Catriona Matthew stating she was actually embarrassed to be labelled a Scottish woman golfer after that decision.

Another veteran, England’s Laura Davies, said it was time the club moved into the 21st century.

R&A chief executive explained their decision to cut Muirfield from their rota:

“Going forward we will not stage the Championship at a venue that does not admit women as members,” he said.

“If the policy at the club should change, we would reconsider Muirfield as a venue for The Open in future.”

Muirfield has hosted the British Open 16 times since 1892, with American Phil Mickelson winning the most recent major championship there, in 2013.

British Sports Minister David Evennett described the decision by Muirfield’s members as “extremely disappointing” and suggested it “sends out completely the wrong message.”

While Scotland’s first minister Nicola Sturgeon said: Scotland has women leaders in every walk of life.

The Royal and Ancient Golf Club at St. Andrews opened its membership to women in 2014 for the first time in 260 years.

Another British Open host Royal St. George’s ended its male-only membership last year while the home of the US Masters, Augusta National, decided to invite women to join in 2012.

But Muirfield has refused to budge despite fierce pressure from equality campaigners and lawmakers.