Mum’s Pav on the menu at Masters dinner

That’s the sweets organised – now for the rest of the meal.

US Masters defending champion Adam Scott wants to serve his mother’s pavlova to Jack Nicklaus, Tiger Woods, Arnold Palmer and the rest of the former champions when they sit down to dine at this year’s traditional dinner at Augusta, Georgia. 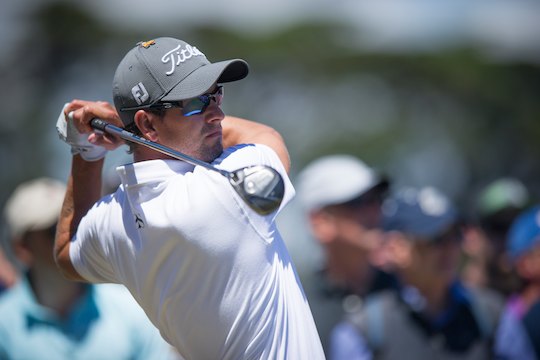 Adam Scott will serve up his Mum’s Pavlova at the traditional former champions dinner at the Masters this year (Credit: Anthony Powter)

With the defending champion choosing the menu, Scott has already divulged that pavlova, a meringue-based desert that was one of his mum’s specialties, would more than likely be on the menu.

“She might be nervous (making it) with Arnie and Jack in the other room,” smiled Scott, who returned to tournament golf at the Honda Classic after more than a month’s break from the Tour.

He returned to a barrage of questions about the defence of his title, including, of course, what he would be serving the former Masters champions at the traditional dinner at one of golf, and indeed world sport’s most exclusive clubs.

Naturally there have been suggestions and advice from far and wide and at one stage it was even rumoured that Scott would serve a Queensland specialty, Moreton Bay bugs, to the gathering of champion golfers.

Scott has not confirmed that the ‘bugs’, a Aussie delicacy similar to lobster, would be served but he did hint that the popular shellfish were likely to make the final “cut”.

“That would be a pretty good guess,” he said.