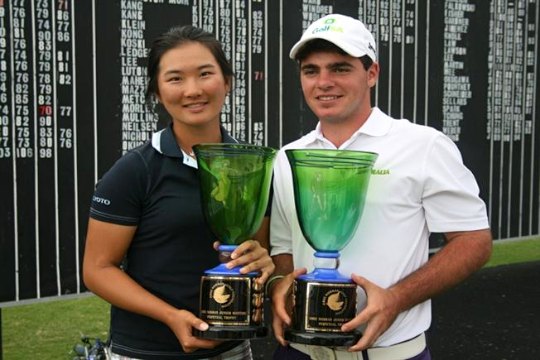 The boy’s championship went to overnight leader Anthony Murdaca (Grange, SA) who finished at 9 under on 279 following a 70.

He won by one stroke from French Polynesian’s Teremoana Beaucousin whose final round of 68 included a hole-in-one on the 179m 7th hole of the River Course.

224 junior golfers participated in the 21st playing of the 2011 Greg Norman Junior Masters.