Murdaca, less than two weeks before flying back to Georgia for his major championship debut, closed with a two-under-par 70 for a 11-under total, seven shots clear of Sydney’s Brayden Petersen (-4) and Queenslander Douglas Klein (-1). 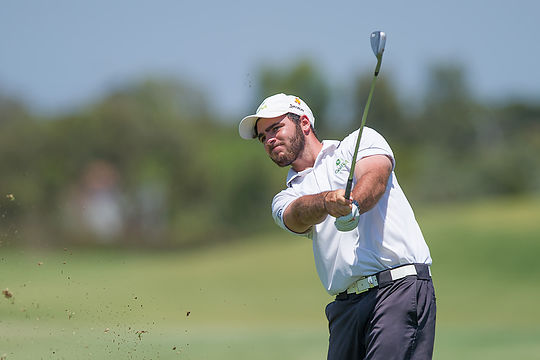 “I’ve always wanted to win the SA Classic,” said Murdaca. “It’s a good lead-up for me and it has given me great confidence for when I head off to the Masters next month.”

Murdaca, a dual Australian junior champion and more recently the winner of the Asia-Pacific Amateur Championship – which got the 19-year-old a start at the Masters – is due to meet with Greg Norman in Sydney next week and is hopeful of playing a practice round with 2013 Masters champion Adam Scott when he returns to Augusta National.

In the Women’s Rene Erichsen Salver Victorian, Jo Charlton claimed her first national ranking event with a five stroke victory after carding a final round four-under 69.

With rounds of 72-77-72-69 Charlton finished five ahead of Glenelg’s Jenny Lee, who posted a three-over final round of 76.

With five straight pars to close, Charlton was rock solid down the stretch to go one better than her runner up finish in 2014.

“I’d be lying if I said the nerves weren’t kicking in, they probably kicked in with eight to play. I got a couple of birdies which sort of settled it a little bit, but I decided to make it interesting and threw a double in on the 13th, so I would be lying to say there were no nerves.”

Charlton’s next main event will be the Interstate Series in Melbourne next month before heading to the UK and potentially the US to play their top amateur events.