The round of the day, and joint lowest round of the tournament, came from Angelo Que, who came storming up the leaderboard thanks to a flawless 64 (-7). 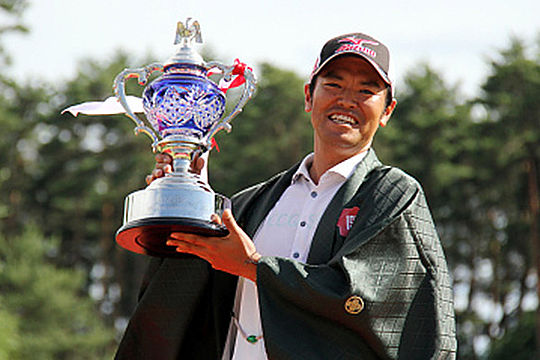 With Que already in the clubhouse on -14, Muto stood on the 16th tee needing to play the final three holes in two under par to force a play-off with Que, and that’s exactly what he did. With the two players tied at -14 a play-off ensued where Muto eventually prevailed.

England’s Ian Poulter, who earlier on in the afternoon was tied for the lead, played solidly all day but just couldn’t get the ball to drop on the greens and after parring the final eight holes finished tied 4th.

Of the other top international names competing this week Charl Schwartzel finished tied 10th on 10-under, despite getting to -11 through five holes this morning.

Australia’s Jake Higginbottom finished 42nd while Japan Tour regular Steve Conran was another shot back at T48 and 4-under.