The Vic Open will become Australian golf’s richest week in 2019 with the combined prize pool surging to an unprecedented $3 million. 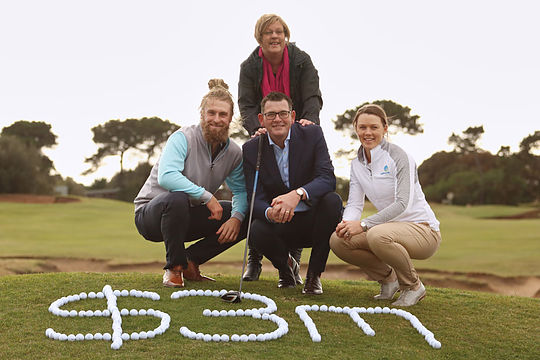 The Vic Open remains the only golf tournament of its kind in the world, with men and women competing for equal prize money, on the same courses at the same time.

With the backing of the State Government a $3 million purse will become the benchmark, with the world’s best male and female golfers to battle it out at 13th Beach on the Bellarine Peninsula for a minimum of $12 million over the next four years.

“This prize money boost ensures the Vic Open remains an important pathway for local up and coming champions and raises its status on the world stage, cementing Victoria’s reputation as a golfing powerhouse,” says Premier Daniel Andrews.

“The Vic Open is a great opportunity for Victoria’s coastal towns to shine. I encourage all golf fans to come along and see the nation’s best in their own backyard,” says Minister for Sport John Eren.

The winners in 2013, Stacey Keating and Matthew Giles, each took home upwards of $22,000 along with the silverware.

The winners in 2019 will pocket ten times that amount.

“This announcement is fantastic for Victorian golf, securing the future of a landmark tournament with global appeal right here in our state,” says Golf Victoria CEO Simon Brookhouse.

“It’s also great news for the players, with the Vic Open providing the top men and women from Australia and around the globe with back-to-back high prizemoney events in Australia,” says Brookhouse.

“We’re extremely appreciative of the State Government’s ongoing commitment to our great game and we’re excited to release further details about the biggest Vic Open in history soon.”

The 2019 Vic Open will provide the world’s leading ladies with the perfect final tune-up ahead of the Women’s Australian Open in Adelaide.

“The Bellarine Peninsula is a beautiful place to visit and events like the Vic Open encourage more tourists to the area and give local businesses an economic boost,” says Member for Bellarine Lisa Neville.