The arrival of a new baby has forced Hunter Mahan out of this week’s $8.75m WGC – Bridgestone Invitational in Akron, Ohio.

“I have elected to officially withdraw myself from the World Golf Championships-Bridgestone Invitational so that I can take the opportunity to spend this precious first week at home with Zoe,” Mahan said in a statement. 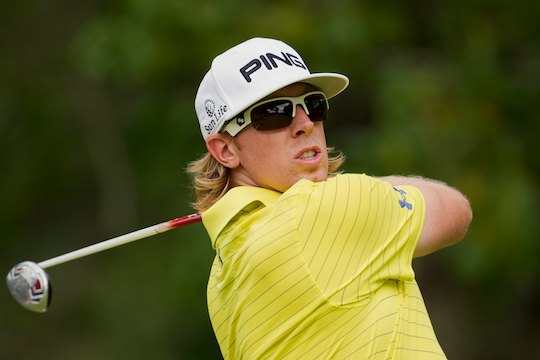 “I would like to thank the PGA TOUR for supporting my decision not to play this week.”

Last week, Mahan was leading by two at the RBC Canadian Open and was preparing to tee off in the third round when he recieved a message that his wife Kandi had gone into labor. He immediately withdrew from the tournament and flew home to Dallas, where his daughter, Zoe Olivia, was born at 3:26 a.m. Sunday.

He later said via Twitter, “Both Baby and Mom are doing great. Thanks to all to my sponsors who appreciate what’s important in life and all my fans for being awesome!”

Mahan, whose first WGC title came at Firestone in 2010, will not be replaced in the field. He will return to action at the PGA Championship in two weeks.

Mahan now joins former Open Champion Louis Oosthuizen as withdrawals from the event and with the South African forced out due to a shoulder injury that saw him have to withdraw after just eight holes in last fortnight’s Open Championship.

The 2010 Open Champion has been informed the only cure for his injury is rest and it will mean Oosthuizen forced to also miss next week’s PGA Championship as well as the start of the FedEx Cup Play-Off Series.