It’s only been a few weeks since the Tour Championship and FedEx Cup were decided in Atlanta and only a week since an emotionally draining Ryder Cup was completed in Scotland, but believe it or not, it all starts again this week as the PGA Tour’s Wraparound Season 2014-15 kicks off in California.

Defending champion Jimmy Walker returns to the $6 million Frys.com Open which moves up the road from CordeValle to the Silverado Resort & Spa (North) course in Napa Valley wine country to the north of San Francisco. 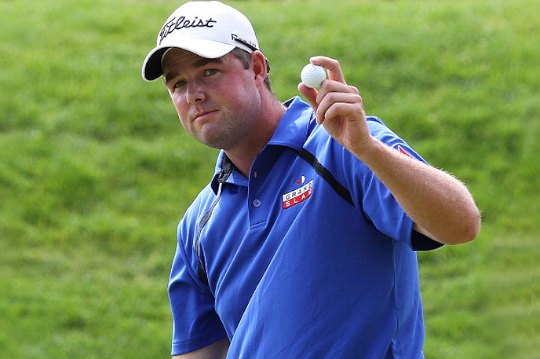 Walker will be joined by three of his recent Ryder Cup teammates in Matt Kuchar, Hunter Mahan and Patrick Reed, while Lee Westwood from the victorious European team will be backing up from Gleneagles.

Brandt Snedeker, Davis Love III, Vijay Singh, Hideki Matsuyama, Retief Goosen and last season’s ‘Rookie of the Year’ Chesson Hadley are among other notables in the field this week.

Australia’s contingent of Matt Jones, Stuart Appleby, Robert Allenby, Aaron Baddeley, Steven Bowditch, Marc Leishman and newly promoted Cameron Percy will look to get their seasons off to a fast start at the first of seven official events in the United States, Malaysia, Mexico and China before the Christmas break.

Silverado returns as a Tour venue after hosting events on the PGA and Champions Tours from the 1960s through to 2002.

Resort co-owner and former Napa resident Johnny Miller joins the likes of Jack Nicklaus, Arnold Palmer and Tiger Woods as a tournament host for the first time this week.