Two new events and the return of an old friend give women’s professional golf in this country something to look forward to this summer.

And Coffs Harbour golf fans will be the major beneficiaries of the revelation that two new events have been programmed in their district for late February and early March. 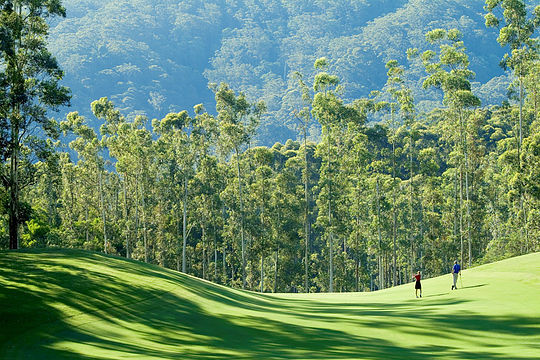 The $350,000 Australian Ladies Classic – Bonville and the $150,000 Women’s NSW Open Golf Championship will be played at Bonville Golf Resort and Coffs Harbour Golf Club in consecutive weeks from February 22.

They come along at just the right time as they are hard on the heels of the Oates Victorian Open, the ActewAGL Canberra Classic and the ISPS Handa Women’s Australian Open, all on the ALPG schedule for February.

That alone should ensure strong fields, particularly from the women’s European Tour as players seek to hone their games with some much-needed tournament play.

Dame Laura Davies has already signalled her intention to play and Australian golf fans will be delighted to hear that one of their former glamour girls, Nikki Garrett will also make her comeback to professional golf after leaving the tour to have a baby.

A two-time European Tour winner, Garrett now lives on the Central Coast and will be a handy addition to what should be strong fields for both new events.

The Australian Ladies Classic – Bonville will be played at the highly-rated Bonville Golf Resort from February 22-25 and the resort has signed on for the next four years.

The NSW Women’s Open is also slated to return to the ALPG calendar for the first time since 2015 and will be played at Coffs Harbour Golf Club from March 1-4.

While it will be played at Coffs Harbour next year, venues for the following years are still to be confirmed although several regional venues are being considered.

State Member for Coﬀs Harbour Andrew Fraser said both events would provide a significant boost to local businesses, accommodation providers and tourism operators in the region.