Australian professional golf has launched a new tournament format which officials hope will be embraced as enthusiastically as Twenty-20 cricket.

The Surf Coast Knockout will be played at The Sands Golf Club, Torquay, in January next year with the last day of play featuring the top 32 players in cut-throat, six-hole matchplay knockout competition. 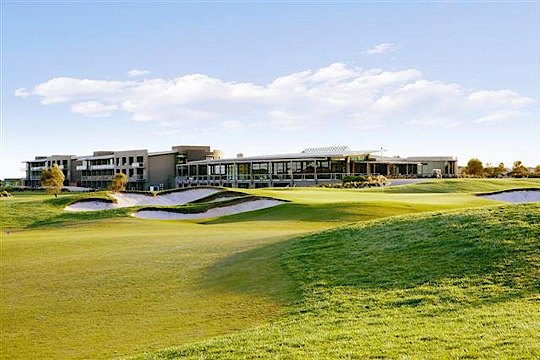 The nation’s top professionals including Peter Lonard, Craig Parry, Peter Senior, Peter O’Malley and Stuart Appleby have promised to support the new concept. Appleby designed the superb Sands Layout where the tournament will be played from January 20-23, 2011

Lonard, who is in the process of re-igniting his career after injury and form setbacks, said he was excited by the new format. But he agreed the sudden-death nature of the final day would not suit his style of play.

“I play pretty conservatively and tend to plot my way around the course over 18 holes,” he said.

“As an old bloke I don’t think this format will be very good for me. But it’s going to let the young kids have a real crack at it.

“Golf has changed over the last 20 years. When I started the old blokes used to go to the bar instead of the gym and on the course they would say ‘play safe here…hit your one iron down to the corner…’

“Now kids don’t drink, they go the gym every day and the smash the daylights out of every shot they hit saying ‘if this must be, it must be’, and they worry about it next week.

“Golf has really changed and this format really suits the way youngsters approach the game now.”

Proving he has no lost his droll sense of humour in spite of the recent lean years, Lonard said he used to spend 50 per cent of his time in the bar and the rest in the gym.

“I used to drink after I played well. So I haven’t got to drink much over the last few years,” he said.

Lonard said it was pleasing to see a new tournament on the circuit.

“It’s good just to get away from the usual events which you play every year,” he said.

“I’ve been doing it for 20 years now – playing the same tournaments every year – so it’s good to go somewhere new. The Surf Coast sounds pretty good whether we’re playing golf or not. It’s part of the country I’ve never been to. So it all sounds like a great idea.”