New venue, major sponsor for Master of the Amateurs

2023 marks a turning point for the Australian Master of the Amateurs in many ways. The tournament will partner with Southern Golf Club for the next three years as the championship’s venue, as the return of top-international players from the USA, Europe and Asia ramp up following border re-openings.

With interest in the event increasing each year, Melbourne’s Southland KIA & Booran Isuzu Ute have joined the MOTA family as major sponsors following an announcement by tournament directors and founders Peter and Angela Mann that Dealer Principal Neil Heveren had come on board. 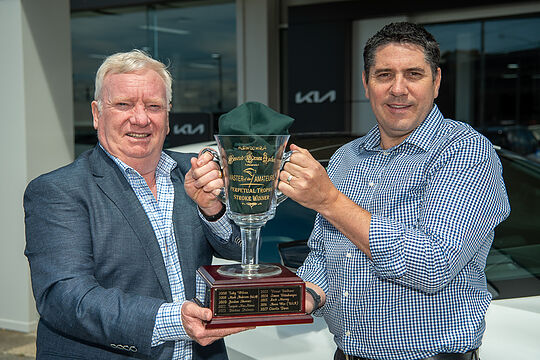 “It’s great to be working with Peter and Angela and Southern Golf Club in this wonderful event,” said Heveren.

“We are in the Sandbelt area and many of our customers are golfers. There’s a natural synergy with golf and our brand and sport generally. We have been regular sponsors of local sports for over 65 years. It’s exciting to be part of the event which has strong connections, not only with players by corporates as well.”

“We are delighted to be associated with Neil and his team and look forward to working with them and our other main sponsors over the next three years at Southern Golf Club.”

The Women’s Australian Master of the Amateurs is also ranked by the R&A as the highest ranked Amateur Championship in Australia.

The 2023 Men’s and Women’s Australian Master of the Amateurs Championships will be hosted by Southern Golf Club, 3rd – 6th January 2023.