New wave of Aussie golfers gets the nod for Memorial

A new wave of exciting young Australians will add extra interest to the Jack Nicklaus-hosted Memorial Tournament in Dublin, Ohio this week…and hopefully at the weekend as well.

An invitation to rookie professional Brett Coletta, alongside earlier invitations to Curtis Luck and Ryan Ruffels will make it a special week for Australian golf fans. 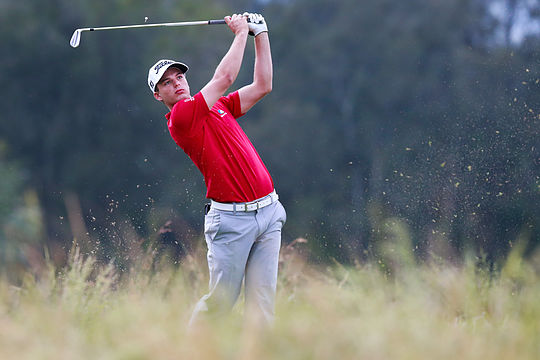 Seldom have three non-PGA Tour members from Down Under been invited to take part in such a prestige event.

For Coletta, it will be just his second PGA Tour event after he let his first big opportunity slip when he missed the cut earlier this year at the AT&T Pebble Beach Pro-Am.

Coletta recently qualified for Canada’s MacKenzie Tour, which hits off this week.

That suggests that following his play at The Memorial, Coletta has the chance to experience more professional events and may secure further starts on the PGA Tour. He has as many as five more invitations to play on the world’s richest golf tour – if they want him.

Meanwhile Luck will play just his sixth PGA Tour event in Ohio, but only his fourth via invite.

Still he carries some form into the event after playing well and earning a cheque at last weekend’s Dean and Deluca Invitational in Fort Worth, Texas

This will be the first Memorial for the former US Amateur and Asia Pacific Amateur Champion who was also a member of the victorious Australian Eisenhower side.

Ruffels, on the other hand, will be teeing it up in his second Memorial.

In 2016 the exciting young professional finished 38th at this event after a fast start to the week and, more recently, finishing second on the LatinoAmerica Tour, where he has been attempting get earn a card on the United States’ secondary Web.Com Tour in 2018.

If Ruffels can finish in the top five on that tour he automatically earns a card on the 2018 Web.Com Tour.

And after that, obviously, the PGA Tour beckons as well.