No-one would deny that the country areas are the breeding ground of our future champions.

And if they intend making their mark in amateur golf, then it’s also fair to suggest it also starts with a Country Championship. 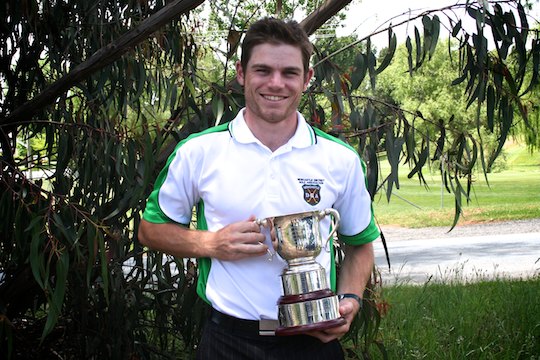 For that reason alone a star field is assured with New South Wales and ACT’s most talented country golfers heading for Queanbeyan Golf Club next month to contest the 2011 NSW Country Championships.

This year’s title will be contested on Saturday, November 5 and Sunday, November 6 over 36-holes of stroke play.

This championship also incorporates the NSW Junior Country Championship for players under 19 years of age and the Inter-District Teams Challenge between teams from District Golf Associations throughout NSW.

The Inter-District Teams Challenge attracts both senior and junior teams from most of the district zones within NSW, usually around 17 or 18 of the 20.

Everyone is suggesting they are such a strong zone that Newcastle will again be the players to beat as they strive to defend their titles.

The field is always strong, and features representatives from the NSW senior, colts and junior state teams, along with talented youngsters and experienced players from the country areas of NSW.

The quality of golf across the two days is always of exceptionally high standard.

The championship is regarded as one of the most prestigious events run by Golf NSW and was first played in 1947.

This is the fourth consecutive year it has been played in the ACT-Monaro District and the second year its been at Queanbeyan Golf Club.

Amazingly, before that initial return to the ACT it had not been in the capital for 61 years.

Current professionals who have won the event include Nathan Green, Lucas Parsons and Brendan Jones.

An added incentive for the winner of this year’s championship is automatic entry into the 2011 NSW Open to be played at Newcastle Golf Club from November 24-27.

For further information contact Christy Collier on christy.collier@golfnsw.org or (02) 9505 9105.