If there is anyone on the planet that knows more about winning majors than Tiger Woods, it is 18-time major winner, Jack Nicklaus.

These days the Golden Bear spends most of his days away from the golf course and was in fact busy fishing in the Bahamas as Tiger Woods was looking to win his first Masters title in 14 years. 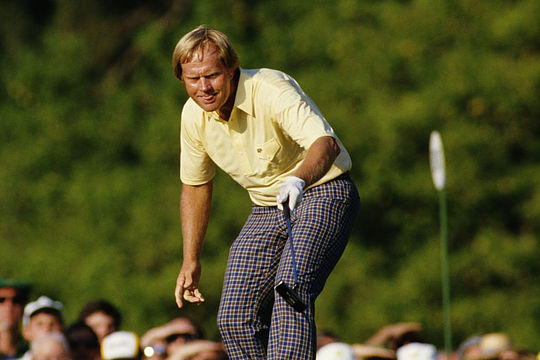 “What he did was pretty special to watch.”

As it turned out it was great timing as Woods’ three at the par-3 12th, part of an area on the Augusta National course nicknamed “Amen Corner”, was a turning point in the tournament.

While Woods took a conservative line to the green, Francesco Molinari, Tony Finau along with Brooks Koepka and Ian Poulter all put their shots in the water guarding the 12th to take double-bogey 5′s and hand the lead to Woods.

Koepka went on to finish one shot short of forcing a playoff – a very costly mistake from a player known for his cool head under pressure.

“I thought a lot of guys played very well. It looked as though Brooks or Molinari might win the golf tournament. And then when the guys started filling up Rae’s Creek on the 12th hole, I’m watching them one after another hit the ball right of the bunker, and I said, really?,” said Nicklaus.

At 43-years-old, Woods’ victory brought back memories of Nicklaus’ sixth and final Masters win at age 46.

However, Nicklaus wasn’t sure both victories could be compared.

“But in ’86 I won because I found lightning in a bottle. And I really wasn’t into the game of golf at that time. I tried to prepare for the Masters, and I did, but I played golf because I just really enjoyed playing golf and being part of it,” said Nicklaus.

“Tiger, on the other hand, he came back from injury…he worked hard to get himself back in shape to be able to play. He had to figure out what he had between the five inches between his ears. He had to get that solved to believe that he could do what he did.”

“He had won the Tour Championship the year before. But that’s still only 30 players. He’s not beating a huge field but he played very well to win that. But it’s still not the Masters or the U.S. Open. And he just had to believe it. And he did a very nice job of that.”

“I was very proud of him. And he just played the way a champion should play.”