Legendary Jack Nicklaus has expressed his delight with news that he is to be made an ‘Honorary Citizen of St. Andrews’.

The local St. Andrews Community Council wrote to the 18-time major champion with the offer with Nicklaus confirming he will be present during the 150th Open Championship celebrations in July to accept the honour. 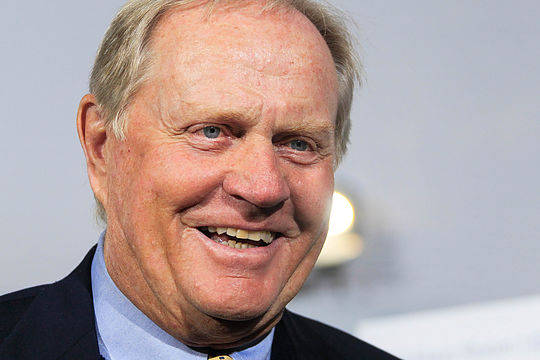 The award comes 17-years after a similar Council proposal was made in 2005 ahead of the Golden Bear’s final Open Championship but the Council was left with egg on its collective face when just 13 of the 16 people on Council voted on the motion.

In his letter to Nicklaus, Provost of St Andrews, Gregory Newman said: “Were you to accept this invitation, we, in conjunction with the local golf clubs of St Andrews, would arrange a suitable civic ceremony during the week of the Open, at a time convenient to yourself, for distinguished invited guests and, importantly, members of the general public.”

“This would be followed by a procession through the town, accompanied by pipes and drums, and a reception.”

In a reply received in December, Mr Nicklaus said: “Thank you for your very kind letter and invitation. I am deeply honoured and would be delighted to accept.”

Nicklaus is a two-time winner of The Open at St. Andrews and last played in 2005 on the Old Course when he birdied the last hole in very emotional scenes at the Home of Golf alongside Tom Watson and England’s Luke Donald.

Newman, speaking to the local Dundee Courier, added: “In the modern era of golf, I think Nicklaus is up there at the very top.”

“St Andrews very rarely does this kind of honour. I know some will say Tiger Woods, also a two times St Andrews Open champion, deserves it. Maybe that’s one for the future.”

“But there’s Nicklaus’ connection with St Andrews. He’s twice St Andrews Open champion. It’s also the 150th anniversary of the playing of the Open and this is the Home of Golf.”

“I think the Home of Golf should be doing something special.”