Jack Nicklaus has called it the best Champions Dinner ever and for a guy who won his first Masters title nearly six decades ago, he has seen a few over the years.

“I thought that we probably had the best dinner that we’ve ever had, and not so much from the standpoint of food, but the food was sensational. I think the food was probably the best we ever had, too,” said Nicklaus about Hideki Matsuyama’s menu choice. 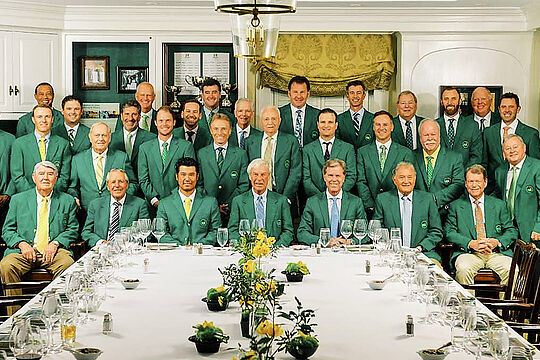 “But it wasn’t from that standpoint, it was the standpoint that it got us talking.”

Apparently Nicklaus was encouraged by Tom Watson to share his experiences from the 1986 Masters when he won the last of his six Augusta titles.

“Tom actually got me talking. Tom said, Jack, why don’t you review a little bit of how you felt coming up that last nine in ’86?”

“I was looking around the table,” added Watson, who joined Nicklaus and Gary Player for the first time this year as Honorary Starters.

“The guys at the table were just – they wanted to hear because everybody at that table had been in that position before, winning the tournament, and you could understand they wanted to hear the inside, what Jack was thinking inside as he played the last nine holes.”

Nicklaus’ win that year was his first at Augusta since 1975 and was also the scene of one of Greg Norman’s near-misses. A poor approach shot from the-then World No.1 on the final hole saw him finish with a bogey and one-shot behind Nicklaus.