(Port St. Lucie, FL:) Six-time champion Jack Nicklaus believes those running the Masters should cancel this year’s postponed Major rather than the risk of any health scares.

Augusta National Chairman Fred Ridley announced last Friday that the year’s first Major would be postponed until later in the year when fears of the deadly Coronavirus have hopefully eased. 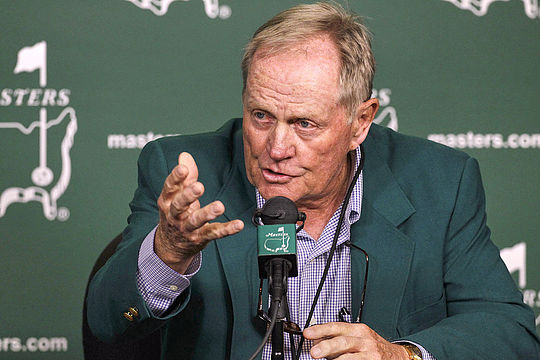 The Masters is traditionally the first Major the New Year and only three-times in the club’s 85-year history has the tournament been cancelled and that was from 1943-45 during World War II.

But with the pandemic forcing the cancellation of major sporting events around the globe, the 80-year Nicklaus believes it’s only right that the Masters follow suit.

Nicklaus said: “I don’t think anybody wants to go to Augusta and get sick.”

“There will be people coming from all over the world and the chances of people bringing something are great.”

Nicklaus said he hadn’t decided yet if he would have attended this year’s Masters had it went on as scheduled, but he did say he had previously withdrawn from the club’s jamboree two weeks before the Masters, but Augusta eventually decided to cancel that anyway.

The golfer long known at the ‘Golden Bear’ also disclosed he has spoken to Ridley about the decision to go ahead with the staging of the Masters with Ridley saying it had been debated for ‘a very long time’ before the vote to prospone.

Nicklaus added: “I think they made a wise decision, and I support it.”

The question now, and if the Coronavirus pandemic does subside, when will the Masters be staged with many observers indicating an ideal date would be the week immediately following the August 27-30 season-ending Tour Championship in Atlanta.

This would seem practical given Atlanta’s closeness to Augusta, and just a two-hour drive away.

There will also be no event on the PGA Tour schedule and the European Tour will be in Germany for the European Open.

“In all practicality, they are postponing, but I can’t see any way they would play it at a later date,” said Nicklaus.

“How in the world could they work it into the schedule?”

“It wouldn’t be fair to any other tournament that are later. I think we are probably going to miss the Masters this year, that’s just my opinion, but I think it makes logical sense.”