Nisbet, Stieger forced out of Western Am

Matt Stieger and Daniel Nisbet have been disqualified from the Western Amateur for breaching the Western Golf Association rules after Nisbet had qualified and Stieger was in a five way play-off for the elimination match play.

Western Golf Association rules prohibit a player who is currently competing in the Western Amateur to caddie for another player. 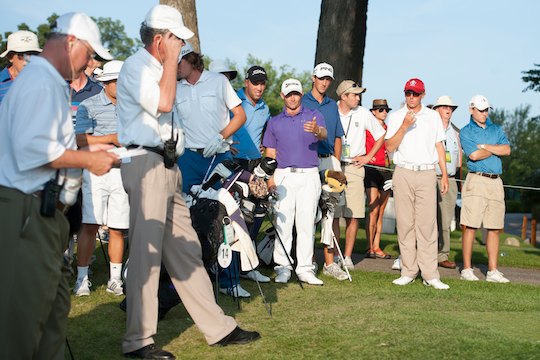 Matt Stieger and Daniel Nisbet were disqualified for a rule breach in that Nisbet caddied for Stieger in the play-off whilst still in the competition (Photo: Anthony Powter)

Stieger’s 64 a stroke short of the course record at Exmoor Country Club.

An afternoon round of 75 – with a double and single bogey on the last two holes – placed Stieger in a eight-man playoff for the four match play spots. 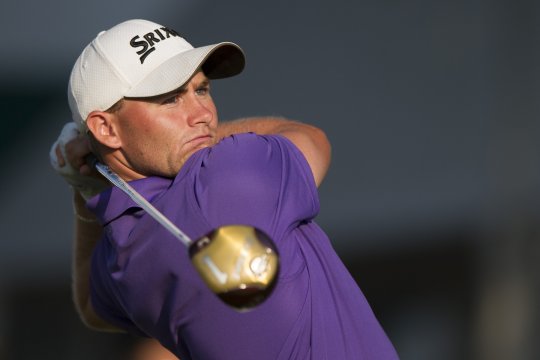 After playing a full 36-holes, Stieger called upon his teammate Nisbet to caddie for him in the play-off, with both Aussies fully unaware of the rule.

The technicality came to the attention of rules officials on the fourth playoff hole as Stieger competed against Figueiredo for the final spot resulting in the Australian pair being disqualified for the event.

It might seem rough justice, yet the rule sheet, which is distributed to all players when they register for the championship, clearly explains the rule and the resulting sanction of disqualification for both players.

This leaves no Australians remaining in the Western Amateur, when at one stage two of our hottest prospects were looking to seriously challenge for the title.

American Chris Williams took medallist honours for the second consecutive year, shooting a 6-under 66 in his morning round, to back it up with a 5-under 67 in the afternoon, for a 17-under par total – one stroke better than his medallist performance last year at North Shore Country Club in Glenview.