In one of the sweetest victories this season, Queensland’s Daniel Nisbet secured the 2012 Lake Macquarie Amateur with a three stroke victory over Cameron Smith.

Nisbet let his clubs do the talking at Belmont firing rounds of 65-68-69-71 to finish at 15-under-par with Smith finishing at 12-under-par and Germany’s Sebastian Kannler and Callan O’Reilly in a tie for third at 10-under-par.

Overnight leader Marcel Schneider closed with a 78 after earlier rounds of 66-68-67 to finish in fifth position.

Nisbet entered the tournament with three runner-up finishes from three starts and was looking for his first title since collecting the Keperra Bowl in 2009.

A bogey opening on the first hole (Belmont’s par-5 437 metre 10th) was quickly rectified with birdies on the 11th, 16th and 17th. By the turn Nisbet had moved to a three stroke lead over the field and never looked back. 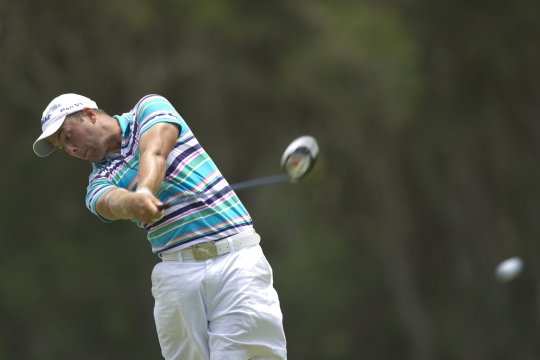 Daniel Nisbet nails his tee shot on the 13th at Belmont during the final round of the Lake Macquarie Amateur (Photo: Anthony Powter)

Unlike the three previous days, Belmont revealed its teeth as strong north-east winds presented a stern challenge to the field. Nisbet responded with precision iron play, peppering the pins and maintaining his composure and focus.

Victory at the Lake Macquarie Amateur is important for Nisbet in a number of ways.

Nisbet has proven that he is a consistent player in bigger events. During the last nine months he secured numerous top-5 finishes and finished just short of the mark at the Port Phillip Amateur, Master of the Amateurs and at the Australian Amateur.

With the NSW Amateur and Riversdale Cup penned into his schedule and another trip to the UK and US in May, Nisbet’s objective is to mark his name on the world amateur international stage. 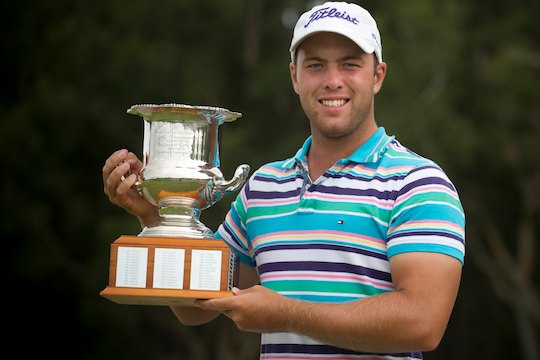 Few would argue that Nisbet possesses the game to progress to the next level. Nisbet’s results over the last month alone prove any doubters wrong. There is sure to be more to come and Nisbet will head overseas as one of our main hopefuls to secure and international title.

Winning the Lake Macquarie Amateur for Nisbet was a work in progress, yet it was a very special victory that was predicated on hard work and self-belief.