Daniel Nisbet has the self belief that professional golf in America will be his future and following last week’s result in the First Stage of the PGA Tour Q-School at Lantana Golf Club in Texas, it would be hard to disagree.

Nisbet, who turned professional following the World Amateur Teams Championship in Turkey, fired rounds of 69-65-65-65 for a 24-under-par total to win the sectional First Stage by a massive 12 strokes. 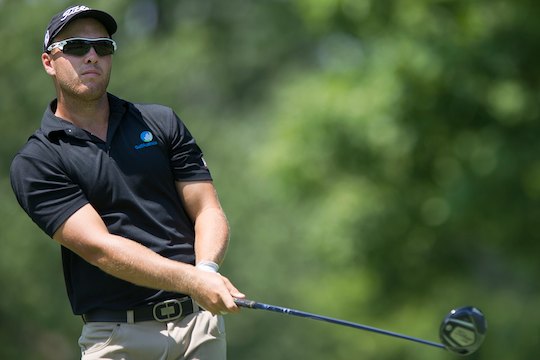 It was a blazing display by the 22-year-old, with Nisbet the only player in the field to fire four rounds in the 60’s.

Back in July, Nisbet won the prestigious Players Amateur to become the first Australian in two years to claim a major American amateur title.

The victory opened a door to the PGA Tour with a sponsor’s invitation to the RBC Heritage next April at Harbour Town Golf Links.

Nisbet might not need to rely upon the exemption if he’s able to bypass the Web.com Tour and secure a spot on the PGA Tour at Final Stage in December.

Rickie Fowler was the last to progress in such a way and Nisbet wants to do the same.

“I plan to be based in the US and play my way onto the PGA Tour,” says Nisbet.

“I’m working with a small team to achieve that goal and those close to me always had the belief that I would do well here, win an event in the US and hopefully get my way onto the main tour.”

Nisbet has taken the bull by the horns to have a shot of gaining playing privileges on the world’s richest golf tour.

It’s a bold move in a player’s rookie year, yet if there’s an Aussie capable of achieving this immediate advancement, Nisbet is the most likely one.

“You have to have belief that you can win here otherwise the field will just walk over you,” he says.

“The first time you come to play in the US – it kind of startles you. But you get over it and you stay focused with your own game and not let others worry you.”

Nisbet advances to the second Q-School, which begins 13 November at six sites around America.

From the second round, the players hope to advance to the 108-hole final held 28 November to 3 December at the PGA West Nicklaus and Stadium Courses in LaQuinta, Calif.

From there, the top 25 players will earn their PGA Tour cards, while the next 50 will earn full status on the Web.com Tour.

Having watched Nisbet for a number of years I have witnessed an evolving player with a game that has a powerful mix of raw talent, now balanced with maturity and poise.

Back in 2009 in Australasia, Nisbet was unstoppable winning four National trial events and an international event in Hong Kong.

Three years on, I would say Nisbet is even a better player. This was confirmed again last week in Texas.