New Zealand and Australian players alike took advantage of the Remuera Golf Club layout to shoot low numbers in the first round of the Holden NZ PGA Championship.

Playing in the morning field, New Zealander Mark Brown gave the Kiwi fans something to cheer about early on. Opening with an eagle, Brown went on to fire a 7-under 65. 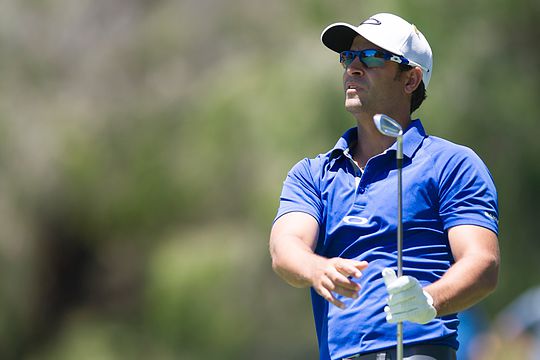 While it looked like Brown would retain the outright lead overnight, New South Welshman James Nitties got hot late in the back-9 firing three consecutive birdies starting at the par-5 13th and followed it up with an eagle on the par-5 16th.

Nitties also fired a 7-under 65 and the pair will share the lead heading into the second round today.

“It was a pretty boring day and then I just seemed to catch fire at the end and made about three birdies and an eagle on the back nine, so that’s definitely going to make dinner taste a little nicer.”

Despite struggling with his swing Queenslander Brett Rankin surprised even himself, putting together a bogey free round of 6-under 66 thanks to a solid day with his irons.

He is joined in a tie for third by fellow Queenslander Tim Hart. Renowned as a big hitter the 26-year-old played a more conservative style of golf, staying patient to find his seven birdies with just a lone bogey making its way onto his scorecard.

Rounding out the top-5 on 5-under 67 are Aaron Townsend and Anthony Houston who almost aced the par-3 8th hole at Remuera Golf Club.