It’s hardly surprising that the question had James Nitties scratching his head.

No, he couldn’t think of any other world records that he had set in career as a golf professional. 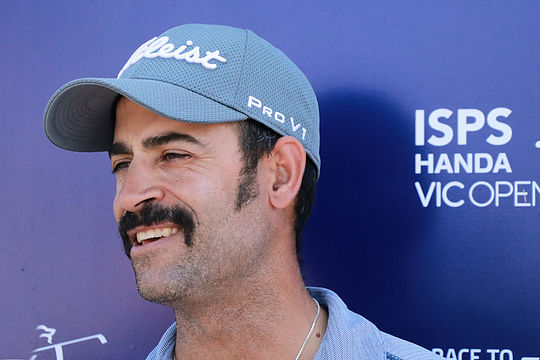 Yet he certainly did equal one and even had a shot at going one better than three others when he carded nine birdies in succession at 13th Beach during the first round of the Vic Open.

It was such an innocuous start to his round that even Nitties was a little stunned by how it all happened.

He had just missed three makeable birdie putts followed by a double bogey, so a record-setting run was probably the last thing on the Newcastle pro’s mind.

“I definitely have the world record for best bounce-back stat because I preceded those nine birdies with a double-bogey,” grinned Nitties.

Only three other golfers have reeled off nine birdies in succession in an 18-hole round – former British Open champion Mark Calcavecchia as well as former Australian Ladies Masters champion Amy Yang and Bronte Law.

After he landed seven one-putt birdies in a row even Nitties’ caddie Steven Potts was too afraid to say anything – just in case he got the blame if there was a missed putt.

After playing the back nine first Nitties got to the sixth hole during his birdie streak and faced a four-metre putt to become the only player in the world to land 10 in a row.

Sadly, his putt slipped past the hole leaving him as one of four to share the record.

“I had a good chance for that 10th birdie, but I didn’t want to break it. It’s such a long-standing record,” said Nitties.

“I was a little peeved that I made double from the middle of the fairway and followed up with a couple birdies and then to rattled off seven or eight more is pretty special.”