No Aussies at locked-down British Amateur

The British Amateur gets underway next week with 120 players competing at Royal Birkdale, a ten-time host of The Open, for The Amateur Championship, with another course in north-west England, West Lancashire, hosting almost 100 players for The Women’s Amateur Championship.

Both championships will be played as closed door events due to the COVID-19 pandemic with health and safety protocols in place to ensure a safe environment for players and officials. 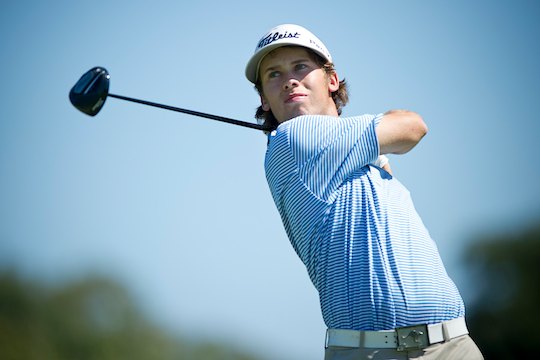 While Irishman James Sugrue is unable to defend his men’s title due to travel restrictions, players from Denmark, France, Germany, Italy, Norway, Switzerland and the home nations will assemble at the famous Southport links. Frenchman David Ravetto, who won last week’s Brabazon Trophy is also competing.

The highest ranked player is England’s Benjamin Schmidt at 27th in a field which is limited due to the current COVID-19 stance and with nations like Australia, who have stringent restrictions on international travel. No Australian is competing at these championships.

The 64 lowest scores over the 36 holes will compete in the match play stage of the Championship. Each match will consist of one round of 18 holes, except the final which is contested over 36 holes.

The champion receives full exemptions for The Open Championship and the US Open, and by tradition, an invitation to play in the Masters Tournament.

In the women’s championship Emily Toy returns to defend her title after she edged out Amelia Garvey at Royal County Down last year. As Toy has enjoyed, there are significant rewards for the champion with exemptions into the AIG Women’s Open and, traditionally, the US Women’s Open, The Evian Championship and Augusta National Women’s Amateur Championship.

Two of the world’s top ten players in the WAGA standings will start in the field including Italian duo Alessia Nobilio (3) and Benedetta Moresco (9). The highest-ranked Englishwoman is Lily May Humphreys at 13, who won the 2017 R&A Girls’ Amateur Championship and was also a Curtis Cup team member for Great Britain and Ireland in 2018.

In 2011, Aussie Bryden Macpherson won the championship with a 3&2 victory over Scotland’s Michael Stewart. In 2017, Dylan Perry made the championship final at Royal St George whilst in 2007, Tim Stewart was also a finalist at Royal Lytham & St Annes. Victorian Doug Bachli won the title in 1954 at Muirfield.