Noren’s win has seen him move closer to sealing a return visit to the Le Golf National course later this year in birdieing two of his closing three holes for a round of 67 to win by a shot at seven-under. 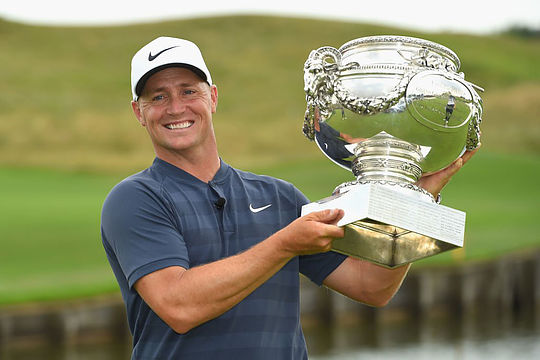 Noren went into the final round a massive seven shots off the lead and was still well out of any likely victory frame with nine holes to play.

However with Scotland’s Russell Knox (65) in the clubhouse at just six-under par, the door was always open for someone to produce a good back nine and it was Noren who stepped up to take victory.

The closest a Swede had come to victory in the French Open was Gabriel Hjertstedt, who finished a shot behind England’s Mark Roe in the 1994 French Open.

Though fans of Noren will know he is no stranger to the manner of his 10th European Tour success as he won his 9th title at last year’s BMW PGA Championship again coming from well back in shooting a closing day 62 to win at Wentworth.

“When you’re out there you really want this win and it felt unbelievable to get it today,” he said. “It’s what I was putting and practising for, maybe a play-off, it was unreal how it went and I didn’t expect that.”

Noren’s win has moved him to seventh overall on the European Team points table with the Swede clearly keen to return in a few months time for what would be a maiden European Team cap.

“If I would be on the team it would mean a lot,” said Noren.

“You get good memories from here. The first two years I came here I thought I could never win around here and the last three years I’ve had good results. It helps a lot.”

Knox stormed his way into next fortnight’s Open Championship in sharing second with American Julian Suri (69), and England’s Chris Wood (73) on six-under par.

Joining Knox and Suri in second was England’s Chris Wood (73) while World No. 5 Jon Rahm saw his chances of victory disappear into deep rough at the 12th hole in taking a triple-bogey ‘7’ to end with a 72 for a share of fifth and two behind Noren.

And the feisty Spaniard was far from happy on the 12th tee and loudly berated a photographer who snapped on his back swing.

Wade Ormsby lead the Aussies home with a final round 68 to close in equal 12th at 3-under.

Sam Brazel (T35), Scott Hend (T44) and Brett Rumford (T61) rounded out the Australians to make it through to the weekend.