It comes up for debate every year when the mercury rises on the PGA Tour but decades of tradition has so far trumped common sense.

So here we are in 2022 and Greg Norman’s announcement during LIV Golf Boston that shorts will be allowed during competition play has made headlines. 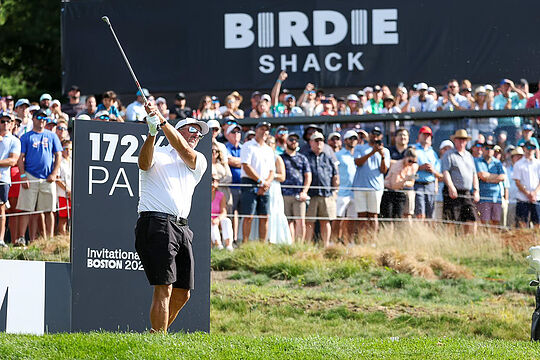 The PGA Tour bowed to player pressure back in 2019 and gave the all clear for shorts to be worn during practice rounds but fell short of any sweeping changes. LIV Golf, up until last week, followed suit with shorts only allowed during pro-ams and practice rounds.

Trousers certainly make sense in some instances. It’s hard to imagine players walking around in shorts at St Andrews or in the rarified air of Augusta National but during the sweltering heat of the summer at regular Tour stops, it would seem many would at least enjoy having the choice.

On the Sunday following Norman’s announcement just 19 of the 48 players in the field chose to switch their outfits. With upcoming visits to Thailand and Saudi Arabia along with the season finale in Florida that number will no doubt rise considerably.

“I think this is a long time coming in the game of golf,” said well-known shorts fan and calf connoisseur, Phil Mickelson.

“I think it just takes a disruptor like LIV to get things done. I have a lot of friends on tour and I hope for their sake the tour follows…it feels good. It’s more comfortable.”