NSW Open gets underway in Newcastle

The Newcastle and Hunter Region has a history of producing top quality golfers.

Jack Newton make his mark in the 1970′s and 80′s. Nick Flanagan won the US Amateur before plying his trade on the professional circuit in America gaining a battlefield promotion to the PGA Tour in 2008. 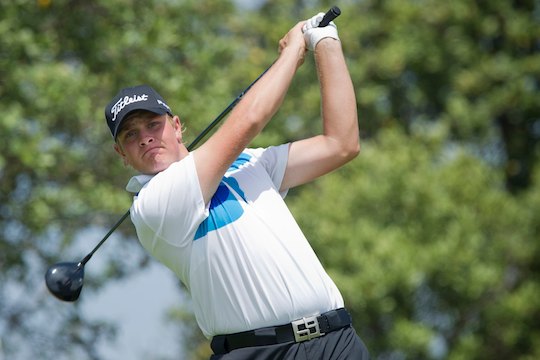 James Nitties and Nathan Green have played at the highest level on the US PGA Tour.

Amateur Jake Higginbottom is sure to join his fellow Novocastrians in time. Higginbottom and Nitties headline this week’s NSW Open at the Newcastle Golf Club.

“My aim is to be as competitive as possible in these pro events,” says the 18-year-old Higginbottom.

“I’m approaching the tournament no differently to any amateur event. I feel my game is good enough to be competitive against the professionals and I’m looking forward to the opportunity to play well.”

Higginbottom was the top amateur at the NSW PGA Championship recently and performed well at the Australian Open, making the cut to eventually record a top-50 finish.

Also with strong showings at the Australian Open, defending NSW Open champion Peter O’Malley and visiting US amateur Kelly Kraft, are sure to challenge this week.

O’Malley is keen to defend his title won deservedly last year despite an exciting 3 way playoff to decide the title over English sensation Tom Lewis.

No player since the legendary Norman Von Nida in 1954 has a player won back to back titles.

“I’m really looking forward to defending my title this year, and particularly on a course rated in the top 20 around Australia.” said O’Malley.

Rohan Blizard is another to watch this week with a win at the Western Australian Open giving the 2007 Australian Amateur champion the confidence to secure another tier-two title.