A massive lift in prizemoney should ensure this year’s NSW Open attracts one of its strongest-ever fields when the event returns to Stonecutters Ridge, the impressive Greg Norman-designed layout in western Sydney.

Golf NSW have signaled this year’s Open will boast a purse of more than $400,000, almost triple what the players competed for at last year’s event. 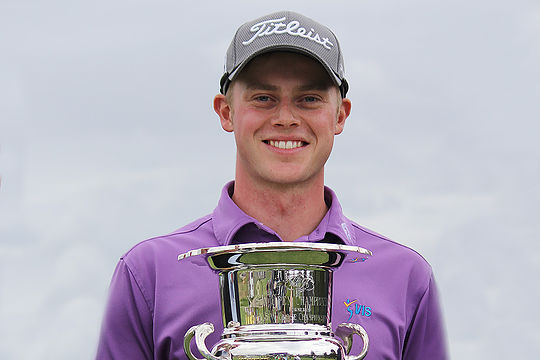 It should also ensure this year’s Open proves the perfect opener for Australasia’s summer of golf.

The 2016 NSW Open will be played from November 10-13 and it’s the third successive year it will be played at Stonecutters Ridge, which is about as close to the centre of Sydney as you are likely to get these days.

The fact it will be the week before the Emirates Australian Open, also in Sydney, would suggest many of the Australians will use the event as the perfect warm-up for their tilt at the Stonehaven Cup.

The increased purse also means this historic championship will be afforded coveted Tier One status on the PGA Tour of Australasia.

That means the winner of the NSW Open will enjoy the advantage of an increased period of exemption on the Australasian Tour while the whole field will also benefit from an increased number of official World Golf Ranking points on offer.

The winner of this year’s NSW Open will lift the Kel Nagle Cup and be exempt for the remainder of the 2016 season and the following two years, a one-year increase from recent state-based championships.

According to Golf NSW CEO Stuart Fraser their goal was to ensure the NSW Open continues to grow and will remain a healthy and viable part of the Australian golf calendar.

“Golf NSW acknowledges the NSW Government and Destination NSW for their ongoing support of the Championship which is set to be a key part of the 2016 Australian summer of golf,” Fraser said.