The 2021/22 Australasian PGA Tour season will officially kick off with the Northern Territory PGA Championship from 19-22 August.

The tournament, which is in its sixth year, joined the WA Open and WA PGA to form a three-tournament swing in October 2020 that capped off a year of cancellations on the local schedule. 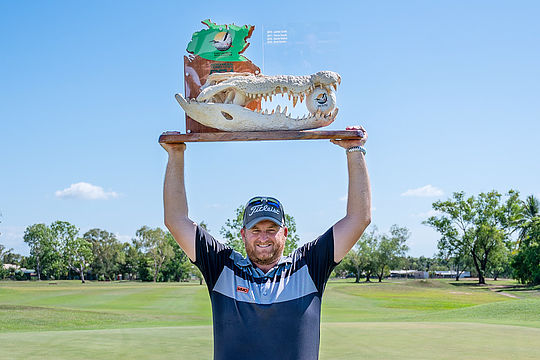 “We are extremely pleased to be returning to Palmerston in August for the 2021 Tailor-made Building Services NT PGA Championship,” said the PGA Tournaments Director, Nick Dastey.

“The NT PGA has proven to be a favourite amongst the players for its relaxed and jovial atmosphere and this year it will set the scene for what is expected to be a thrilling season on the Tour.”

Up to 120 players will battle it out for a total prize pool of $150,000 at the Palmerston Golf and Country Club outside of Darwin where Aaron Pike won the title in 2020 following a playoff with Michael Sim.