The PGA of Australia together with the Fijian Government announced the second Fiji International golf tournament will be held from 15 – 18 October 2015.

In making the announcement alongside the Fijian Attorney General and Minister for Finance, Aiyaz Sayed-Khaiyum and the Minister for Industry, Trade and Tourism Faiyaz Koya, Brian Thorburn CEO of the PGA of Australia said the October date provides significantly increased benefits for all stakeholders. 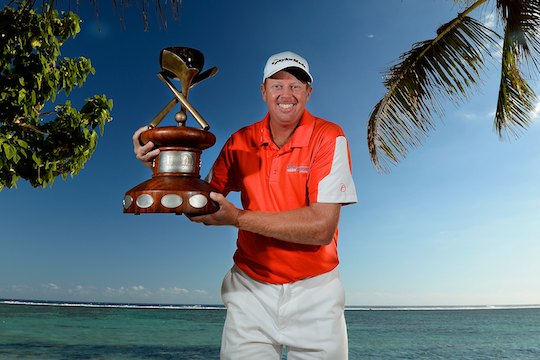 “October is a more suitable month in terms of world golf schedules, as all Majors are complete and many Tours are slowing down or just getting started for new season. It is also early in the PGA Tour of Australasia summer of golf, and broadcasting Fiji is a fantastic way to start the televised events,” said Thorburn.

“In addition, the 2015 Fiji International will be held the week after The Presidents Cup in Korea, where 24 of the world’s top ranked players will be competing, and we will endeavour to have one or two of them playing in Fiji.”

The later date will also allow for a larger field size due to extended daylight hours, with the PGA Tour of Australasia already liaising with OneAsia Tour to extend the field.

“An increase in daylight means we have the opportunity to explore a larger field size which could see wide ranging benefits across a number of areas.” added Thorburn.

On the back of a successful inaugural Fiji International tournament in August this year, the PGA of Australia and tournament promoters Sports and Entertainment Ltd (SEL) are now set to capitalise on the interest generated by the inaugural event to maximise promotion opportunities both domestically and internationally.

“The world now knows that Fiji is a genuine golfing destination. Golf tourism has the proven ability to attract a broad range of markets from golfing holiday, conferences, events and incentive groups,” said Basil Scaffidi, Managing Director of SEL.

“The benefits are not limited to the tournament week only, it extends year round. The Fiji International is the platform used to generate mass exposure for Fiji to leverage a slice of the estimated US$2billion worldwide golf tourism industry,” added Scaffidi.