The $2 million Perth International received a double boost of positive news as 2006 US Open champion Geoff Ogilvy was announced as the latest signing for the co-sanctioned event at Lake Karrinyup from October 23-26.

Ogilvy has bounced back to winning form with victory in the Barracuda Championship in Reno, Nevada last month along with a T2 finish overnight at the Deutsche Bank Championship. 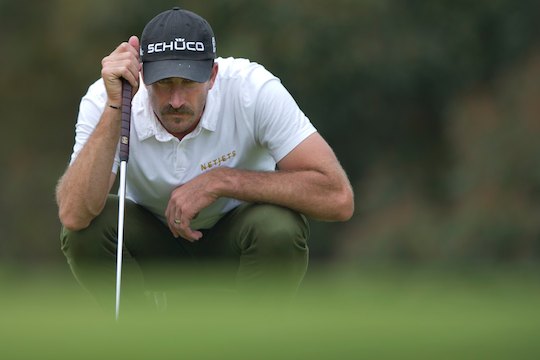 His Reno win secured his place on the PGA Tour for at least another two years after a barren run of form over the past few seasons.

Ogilvy commented as part of the announcement that “I’ve been putting in a lot of practice to get to my current form, and I’m hoping I can continue to play well over the next few months.”

“I have a strong affiliation with Lake Karrinyup Country Club as my business partner, Mike Clayton, was responsible for remodelling the course layout in 2007.”

“The course now has plenty of challenges, I’m sure Mike will be putting pressure on me to perform well!”

The other bright point for organisers is the news from Dufner’s camp that he is still intent on playing in Perth, where he was runner up in the inaugural event in 2012.

Dufner is still suffering with a neck injury that has sidelined him since the PGA Championship and he is currently sitting out the FedEx Cup Playoff Series.

He will most likely be overlooked for the US Ryder Cup team when Tom Watson makes his final captain’s selections this week but two months’ additional recovery time is likely to see him take his place in WA.