Ogilvy hoping to avoid the lions at TPC Scottsdale

Scottsdale, Arizona: Geoff Ogilvy is no stranger to the infamous 16th hole at TPC Scottsdale – the venue for this week’s Waste Management Phoenix Open.

The short 163-yard hole is far and away the nosiest in golf with some 20,000 raucous fans sitting in three stories overlooking the entire length of the par three. 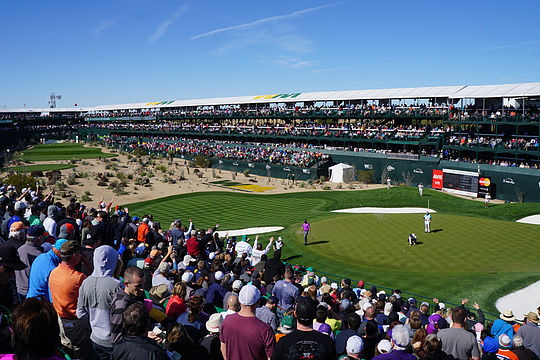 That’s more fans at one hole than most tournaments boast overall for four rounds while Phoenix Open organisers are confident of breaking last year’s four-round Tour record of 618,365 fans while the 2016 event also set the record for the most fans in a day – 201,003 spectators on day three.

And the last thing the 39-year old Ogilvy, who lives some 20 minutes from the course, would want is to be thrown the lions at the 16th on any of the four days of the $US 6.7m tournament.

“Playing the 16th is very much like playing golf in a football stadium as everyone just wants you to make a hole-in-one and if you hit is close they go nuts,”said Ogilvy.

“It’s madness but it’s so much fun to hit a good shot.”

“Walking through the tunnel onto the tee is a bit like being thrown to the lions, like what we saw in the movie ‘Gladiator’, and there’s just so much pressure, pressure in that you don’t want anyone to boo.” 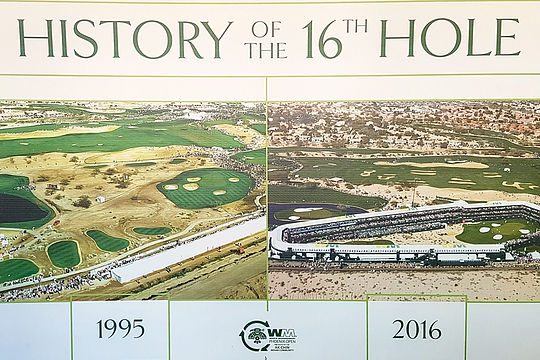 “But then I’ve noticed over the years that the reaction to a missed shot has grown from a groan now to a boo, and you just want to avoid that as all you’re looking for is a cheer.

“To me, it’s more about not wanting to disappoint the fans as you do want to hit a good shot and it is such a good feeling when you do hit it close and then hole the putt as the crowd there at 16 just go nuts.”

In the long history of the event, and it is the third oldest tournament on the PGA Tour, there’s been nine aces at the 16th with the last being recorded by Italy’s Francesco Molinari in 2015 and four years after Australia’s Jarrod Lyle used an 8-iron to ace the hole and when the hole played 150-yards.

Of course, there was Tiger Woods’ ace during the 1997 event but when there was not the stadium-line enclosure that is now in place.

“It’s yes and no for me as to for having fond memories coming back here each year,” said Ogilvy.

“I’ve never had crazy success but I have usually done alright finishing say from 10th to 25th, so I have played okay. 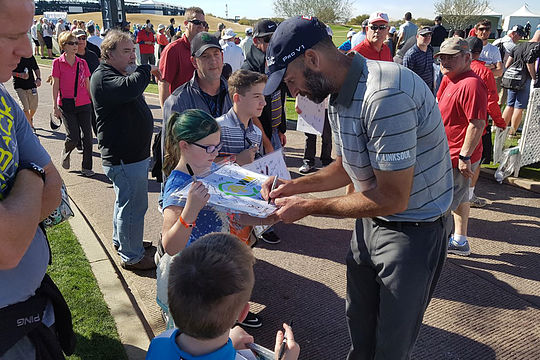 “It’s a big week in Phoenix and clearly everything changes as for a first timer coming here, you will have never seen anything like it before anywhere in golf.

“You just can’t imagine it as there is not just the noise coming from the 16th but it’s all over the course, and it’s just beyond any Major Championship.

“Then there is all the ticket requests and friends coming into town to visit, so it’s just a busy week as everyone is kind of in ‘your’ town for this week.

Ogilvy begins his quest for a ninth PGA Tour success, and a first since his 2014 Barracuda Championship triumph, at 11.49am local time Thursday.

If successful, the former US Open champion would join fellow Australian-born colleagues Bruce Crampton (1973), David Graham (1981) and Aaron Baddeley (2007) as a winner of the event.