Australia’s Geoff Ogilvy clearly has Georgia on his mind when he tees up in this week’s WGC – Cadillac Championship in Miami.

Ogilvy’s second place finish in last week’s Honda Classic lifted him from 79th to 47th to the world and inside the all-important top-50. 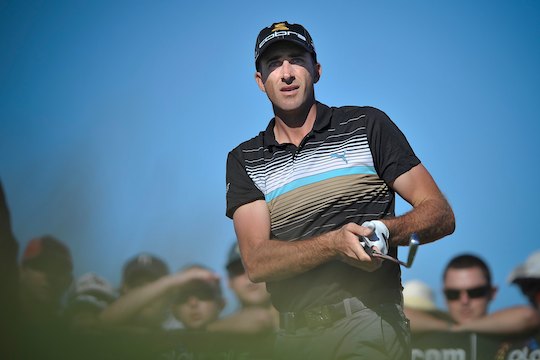 The former US Open champion had been placed 51st in the world as at December 31st last year and missing out by one spot in being afforded an invitation into the 2013 Masters.

However, now that the Australian has moved back inside the top-50, Ogilvy is determined to retain this position by the end of the month that should guarantee him a tee time on the famed Augusta National course.

If so, it will be Ogilvy’s eighth straight appearance since making his debut in 2006 when he finished 16th.

Since then Olilvy has made every Augusta cut and with a best finish of 4th behind South African Charl Schwartzel in 2011 and the same year fellow Australians Adam Scott and Jason Day were tied second.

And if Ogilvy should receive a 2013 Masters invitation it boosts hope of an Australian winning at Augusta for the first time ever in the history of the tournament.

“Yes, Augusta has been on my mind really all year because I didn’t start the year exempt in the Masters for the first time in a while,” he said.

“It was on my mind a little bit more at the end of the West Coast as I was plummeting in the World Rankings rather fast, so nice to get back on the right side of the Top‑50 last week. But I guess any of the next few weeks I could really lock it up with one good week again.”

“It would be really nice – it would be obviously great to win the golf tournament but a consolation prize would be to have a strong finish and lock up the Masters, that would be pretty good. So I’m thinking about it, and I’ll use it as a motivation rather than anything else.”

Ogilvy will be among five Australians competing in this week’s $8.75m tournament.