Two of Australia’s top-ranked golfers in Geoff Ogilvy and Adam Scott are this month focused on becoming the third Australian-born winner of a St Andrews British Open.

Ogilvy and Scott arrived back in Europe ahead of the July 15-starting Major at the Home of Golf by contesting last week’s French Open title in Versailles. 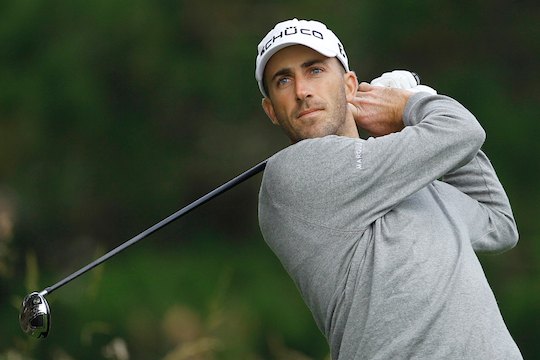 Ogilvy, who is presently ranked No.19, and Scott at 44, then left France bound for Scotland and the Home of Golf but with different practice agendas ahead of golf’s oldest Major.

Former US Open winner Ogilvy was not rushing to St Andrews and instead this week will hone his game by playing Muirfield and Gullane, two superb links courses to the east of Edinburgh.

Scott was planning simply to relax before making his way to St Andrews for the first of two practice rounds ahead of formal practice rounds next week where he will be joined by caddy Tony Navarro.

Navarro left Paris on Sunday night, heading home to the States so he could be present at this week’s John Deere Classic, an event he has had a long affinity with.

This year’s British Open marks the 150th Centenary of golf’s oldest Major with the winner not only to receive the famed Claret Jug but a replica of the Championship Belt that ‘Young’ Tom Morris was allowed to keep in capturing a third straight British Open in 1872 at Prestwick.

The Old Course at St Andrews is special to two Australians with Melbourne’s Peter Thomson capturing the second of his five British Open’s there in 1955 while Sydneysider Kel Nagle denied Arnold Palmer to win the centenary British Open five years later.

Thomson will again be present and like all former British Open winners, is being flown to Scotland as guest of the R & A who will meet air fares and accommodation for all past champions.

Nagle, at almost 90 years of age, is too fragile to make the long return journey to the UK.

The closest Ogilvy has been to success at St Andrews was in his very first Home of Golf appearance in 2005 when he was fifth behind Tiger Woods.

For Ogilvy it will be his eighth British Open and his second at St Andrews.

“But I just look forward to playing there whenever. I have been to St Andrews just a few times to play the Old Course in years when the British Open wasn’t being held there.

“But St Andrews is standout and there is something about the township of St Andrews. It just oozes golf. It’s such a cool place.

“I would love to come away from there next week with the Claret Jug in my hand. But my golf has been frustrating really and I seem to be doing everything well but just not scoring.But the good thing is that golf course sets up pretty well for me. There is so much space off the tee. I know Kel Nagle won the 100th anniversary British Open, so maybe another Aussie can next week’s 150th Open.”

Scott made his British Open debut at St Andrews but missed the halfway cut with scores of 72-75.

The Queenslander turns 30 on the second day of the Open and would love nothing better than to celebrate two days later by holding aloft golf’s oldest Major trophy.

“That would be some birthday present,” he said.

“But this year will be my third British Open at St Andrews and coming over early to play the French Open should be good for my preparation,” said Scott.

“After the McManus Pro-Am I’m heading straight to St Andrews to play a few rounds towards the end of the week and that way I won’t have to play Monday or Tuesday of the British Open week.”

Scott heads to St Andrews also looking to bury all memories of his efforts in the recent US Open when the reigning Texas Open champion missed the cut.

“Pebble Beach was my worst ball-striking week all season and it could not have come at a worse time,” said Scott.

“I just need to get a bit of confidence in the putter and if I do, and as I showed in Versailles, then who knows what may happen at St. Andrews?

“I will be 30 that week and I have yet to leave my mark on the game. I’ve had a good 10 years, and I’ve got a lot of experience and I do need to put that experience to good use.”